Gantt Charts are a vital tool when it comes to project management, so widely used because of how useful they are. The basic idea behind Gantt Charts is very simply; they simply tell you about the overlap of processes. It allows you to quickly see the status of any project and see how far along it is. It also allows you to manage processes that depend on the completion of other processes. Mostly, Gantt Charts allow project managers to quickly give estimates about how long the project will take to complete. Such projections are very complex due to the multitude of processes involved in large projects; Gantt Charts simplify the projections by presenting a lot of information in one glance.

Gantt Charts become much easier to understand with the help of an example. Let’s say you are trying to estimate how long it will take create a new product and send it to the market. The project will involve multiple people and multiple processes running at the same time.  You will have to ensure that the product can be manufactured within your company’s factory and create a production schedule for it. Marketing will have to create an identity for the product and then create advertising campaigns for the product. The supply chain department and the sales department will need to know how they will be able to push the product out to the retailers. 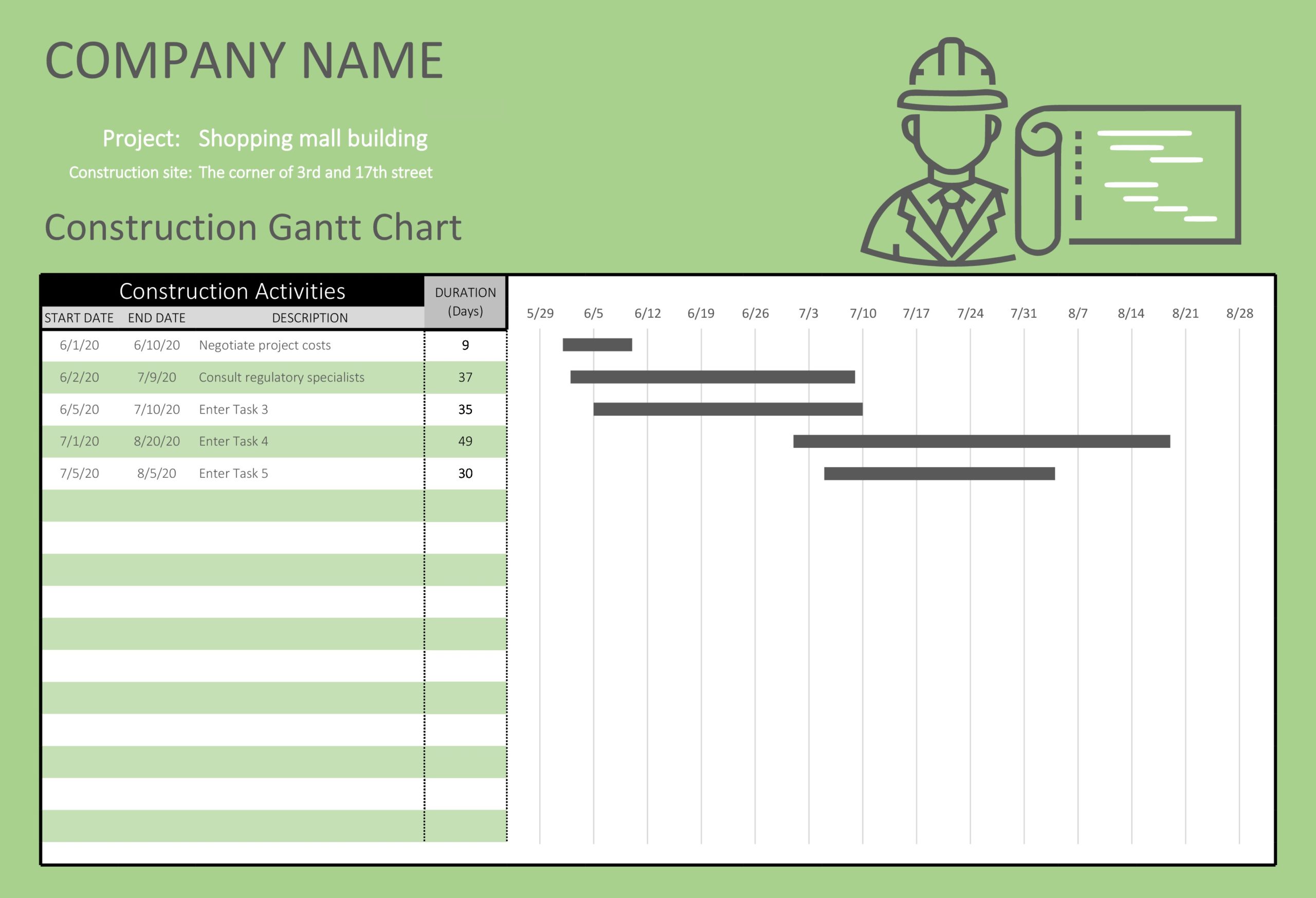 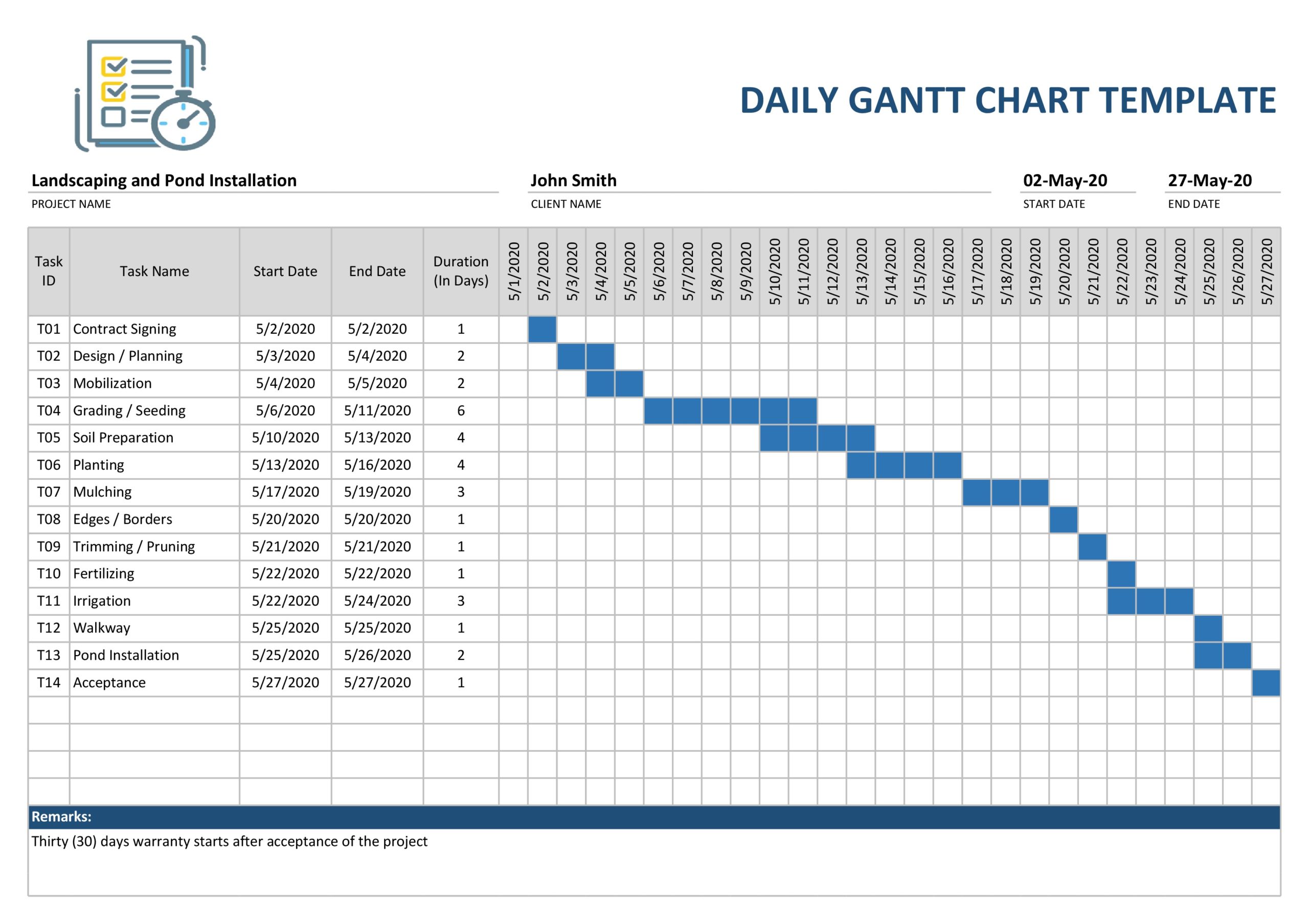 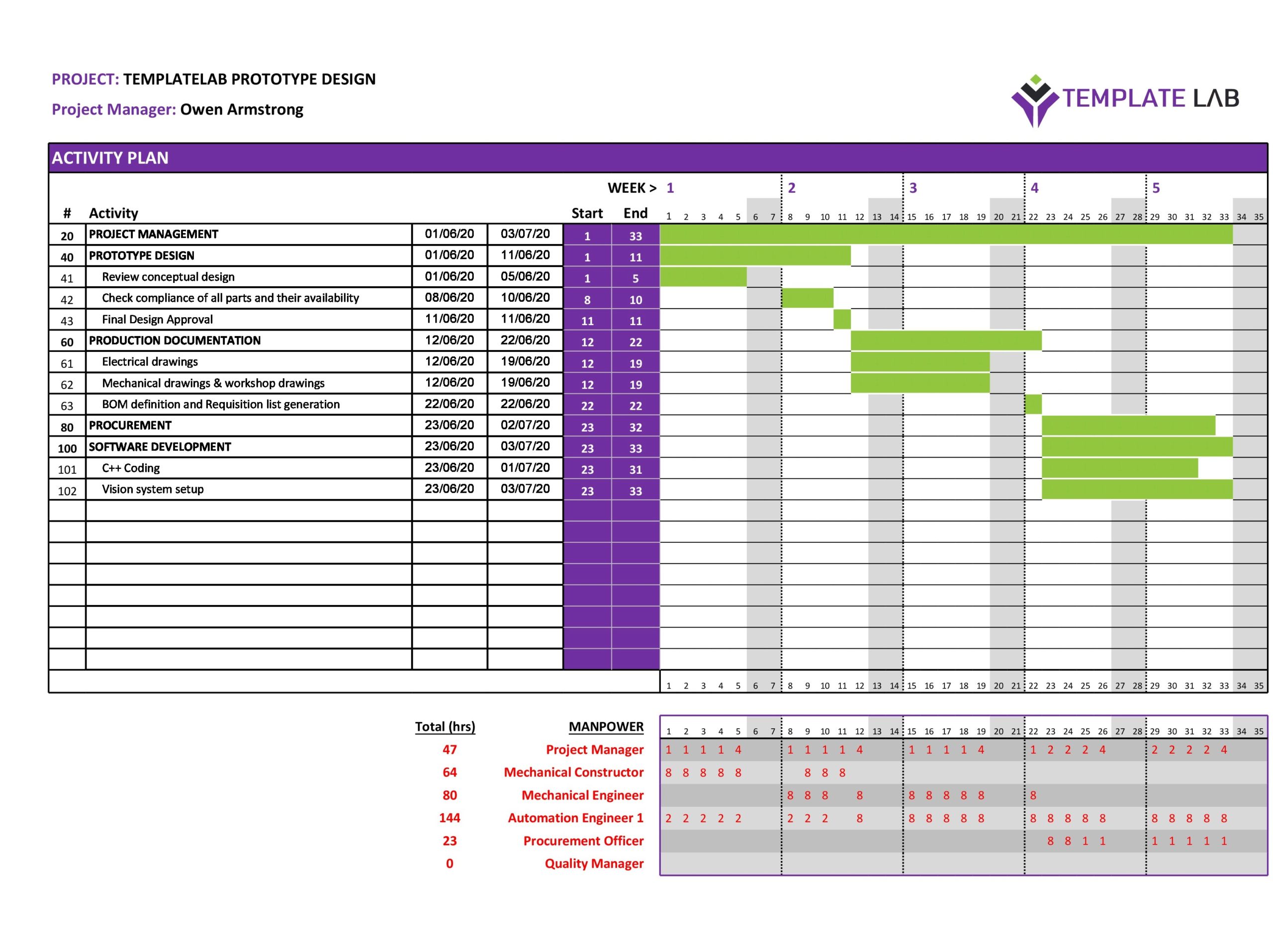 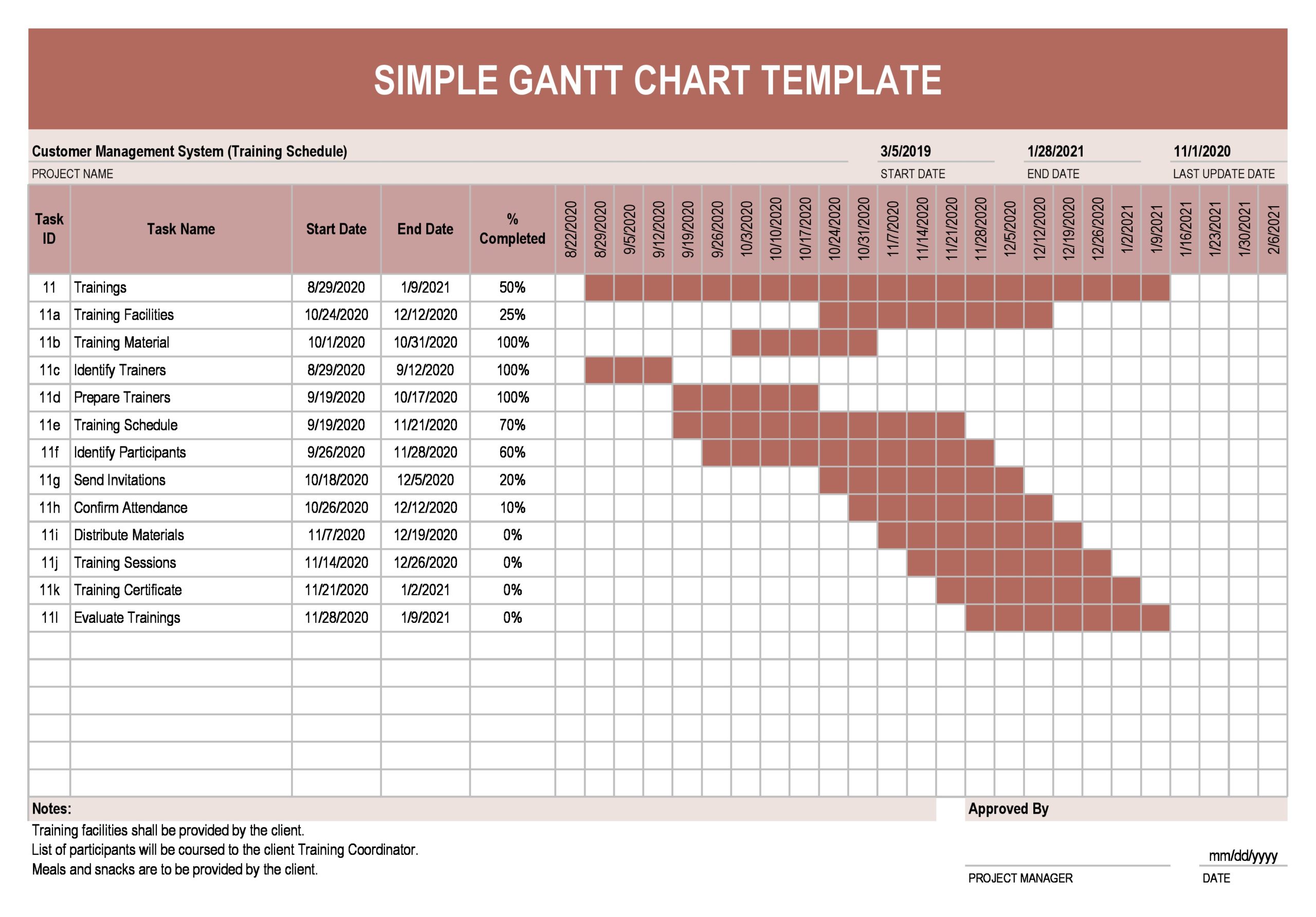 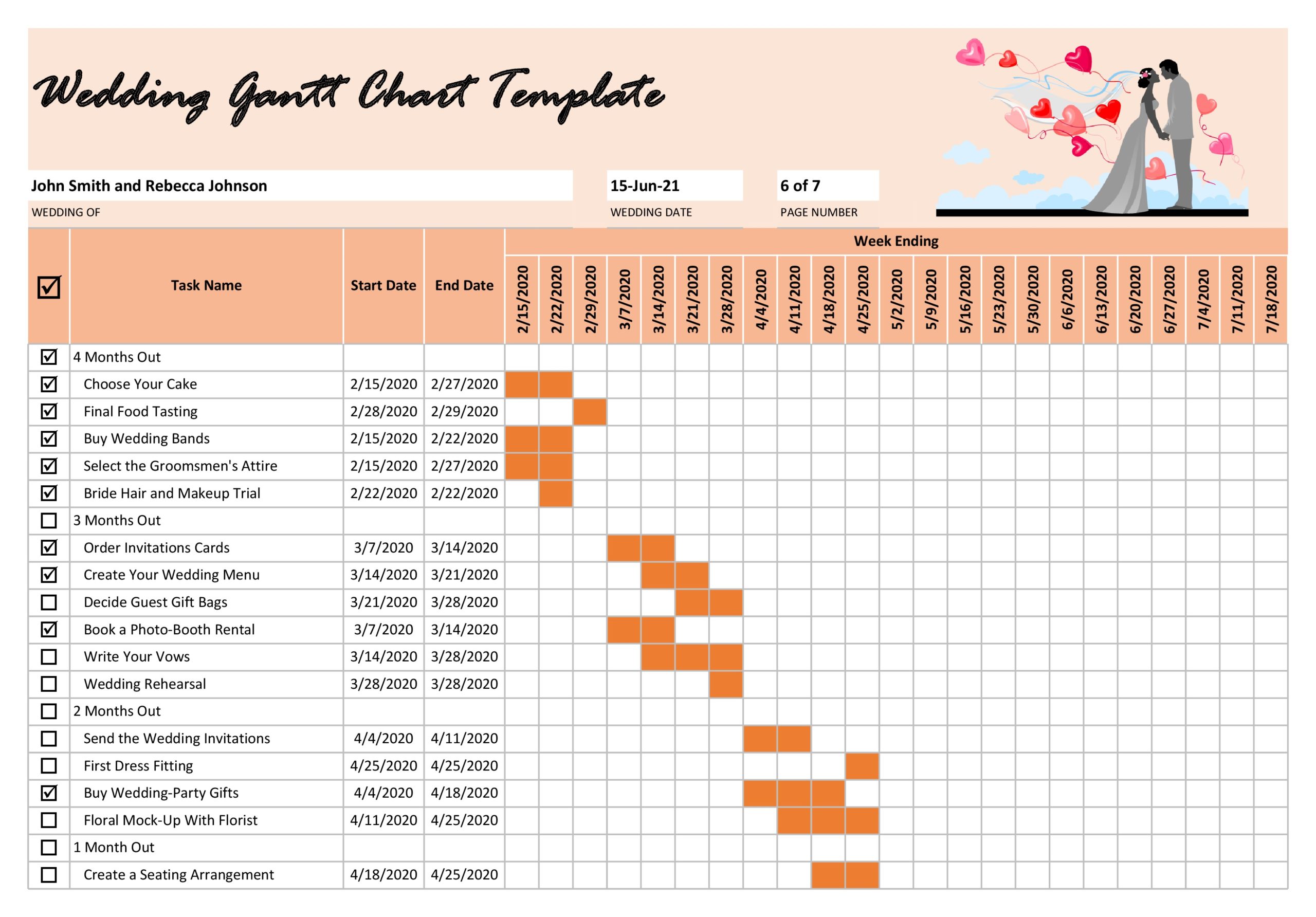 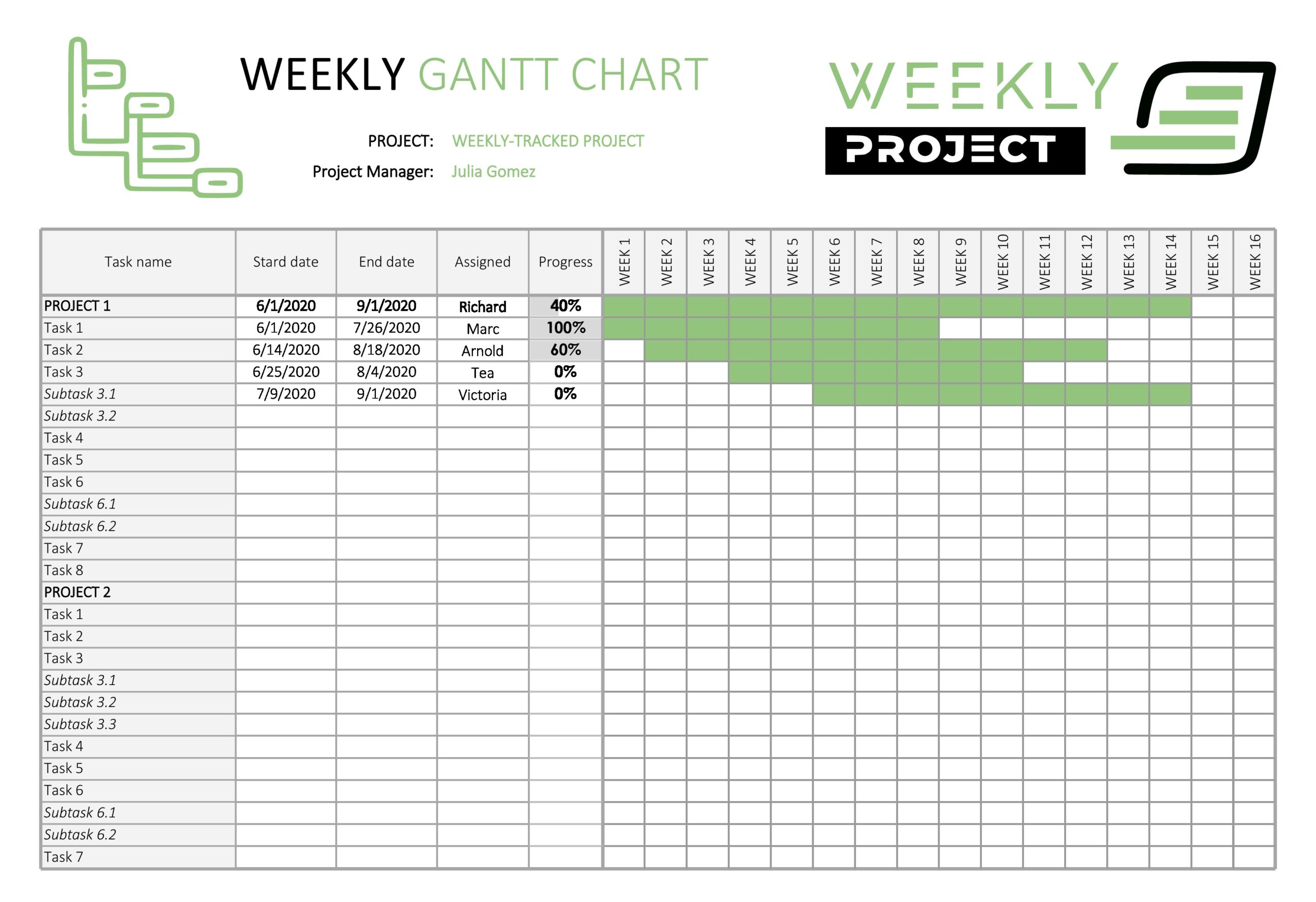 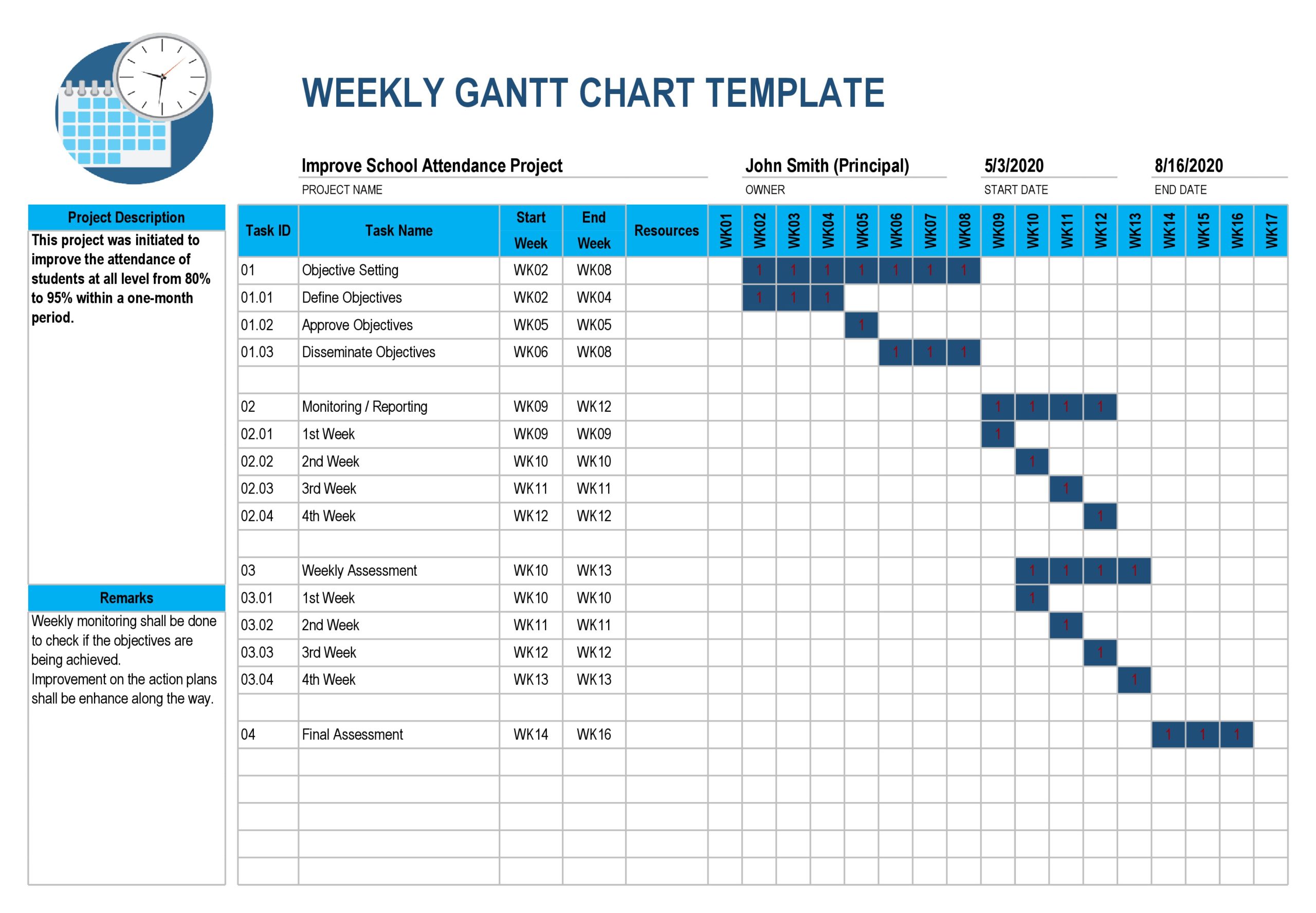 Assume that production will take 1 month; marketing will take another month to create branding for the product and 2 months more for advertising campaigns. The supply chain department will need a month to figure out the logistics of supplying the product to retailers. The sales department will have to grab interested retailers who will be willing to purchase the product which should take them 1 month. You cannot simply add up all the months to get an estimate of the whole project because there are many processes which will be running at the same time. Using a Gantt Chart template will allow you to quickly estimate how long the whole project will take.

Now, there is no reason for the marketing department to wait for the production department to actually start producing the products; they already have the design, they know what the product is going to do, so they can begin creating a brand identity. Meanwhile production can go on and see how much they will actually be able to produce. The supply chain department and the sales department have to wait for the production scheduling to be completed before they can start their work, because the amount of product they have to deal with will only be finalized by then. While the sales department is talking to retailers about potentially stocking the product with retailers, supply chain can easily figure out all the logistical details. We can simply create a Gantt Chart which looks like the following: 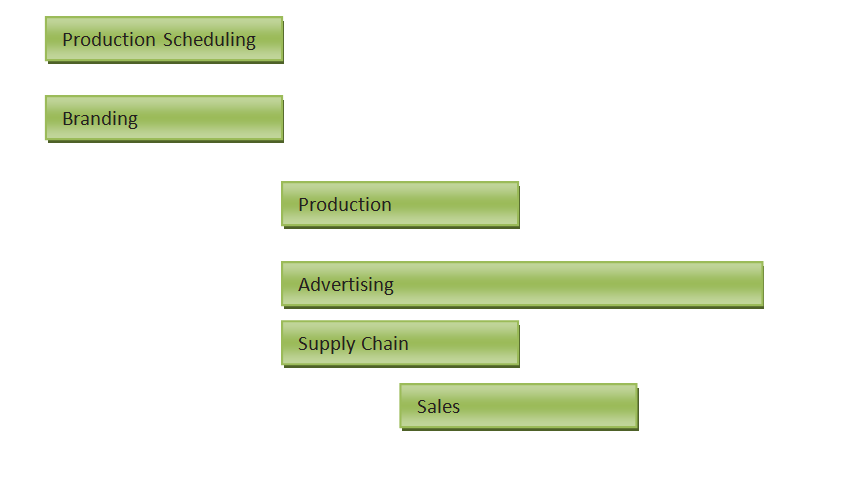 Where Gantt Charts should be used

Our Gantt Chart Templates can be easily used when planning any project for which you will need time estimations. Time estimations are an essential part of Gantt chart; you can’t make a true Gantt chart without accurately knowing how much time each process in the overall project will take. This isn’t a problem because generally it is very easy to give time estimation for small tasks. For example, you might not be able to estimate how much time it will take to repair everything in a house but you will easily be able tell how long it will take you to fix one item. Once you have the time estimations of all the projects you simply have to chart them on the basis of their start and end dates and you will be done.

Gantt Charts were first created at the end of the 19th century but they were only popularized during World War 1. Henry Gantt, the man who the chart is named after, brought it into the English speaking world during 1910-1915. Gantt charts were widely used by the military forces of United States of America during World War 1 on the insistence of General William Crozier. It is easy to see why Gantt charts would be an extremely useful tool for the military; military operations include many different processes all of which are dependent on each other one way or the other. Taking over an area means sending many different groups from different directions and moving in a particular manner, winning the war battle by battle. Once it was made clear that Gantt charts were extremely useful their usage was adapted by managers in many different industries since then.

Gantt Charts are a problem for many students and people new to the job because making them is not simple. You can simply use any of the Gantt Chart templates we have made available to quickly generate them but creating them from scratch requires a proper understanding of the many different rules of software like Microsoft Excel. The part which becomes problematic for most people is setting up the chart to show the bars according to time. 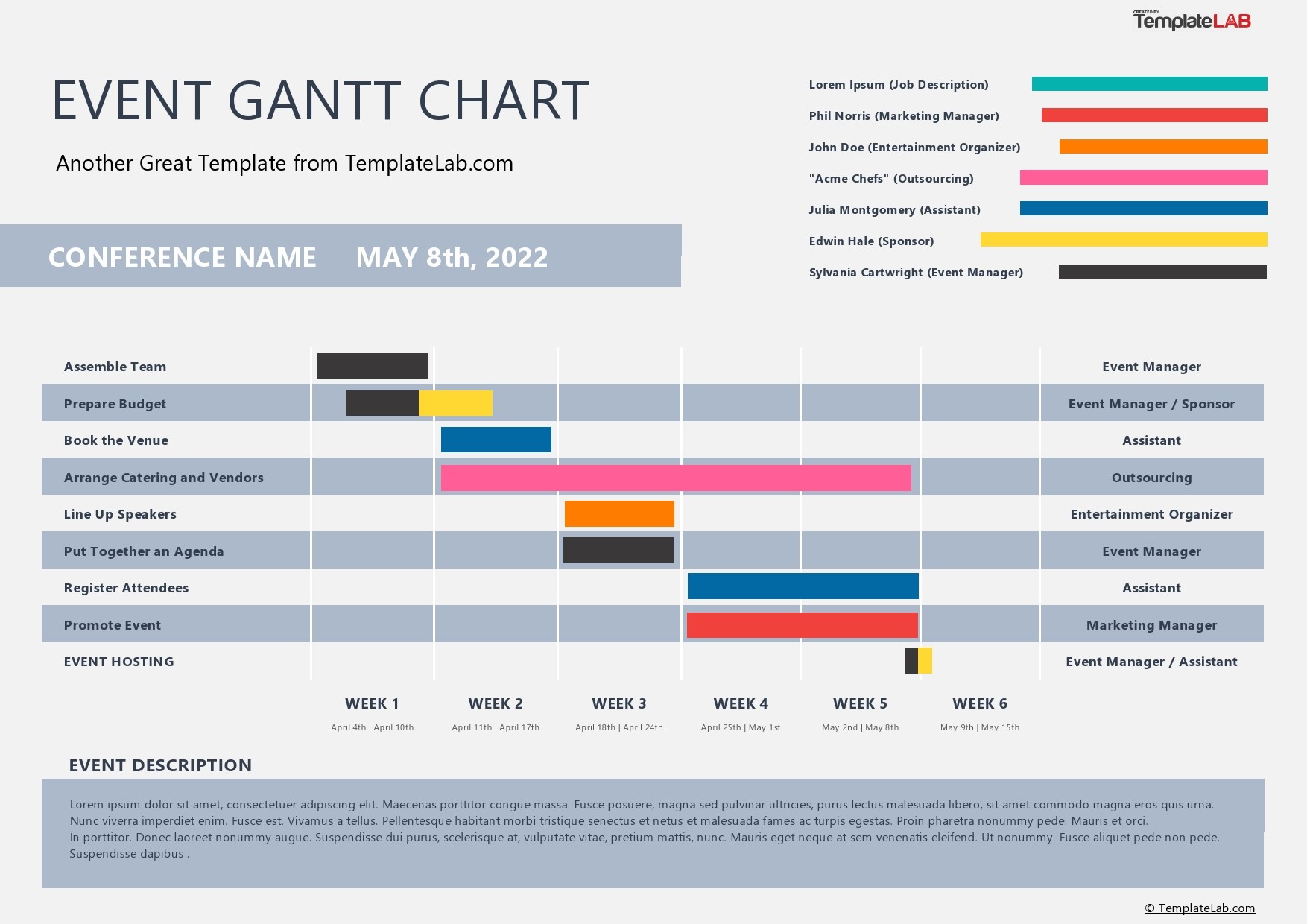 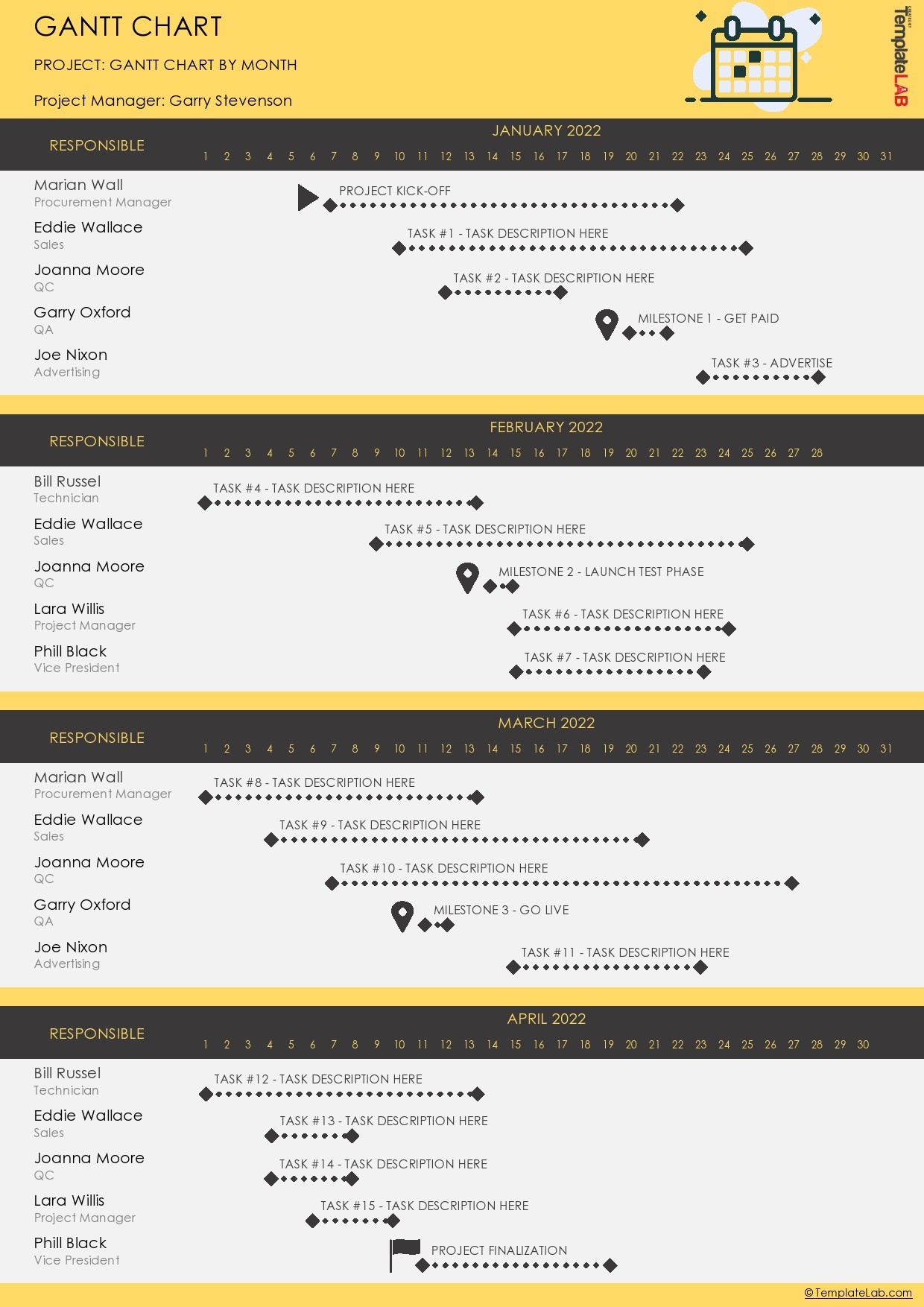 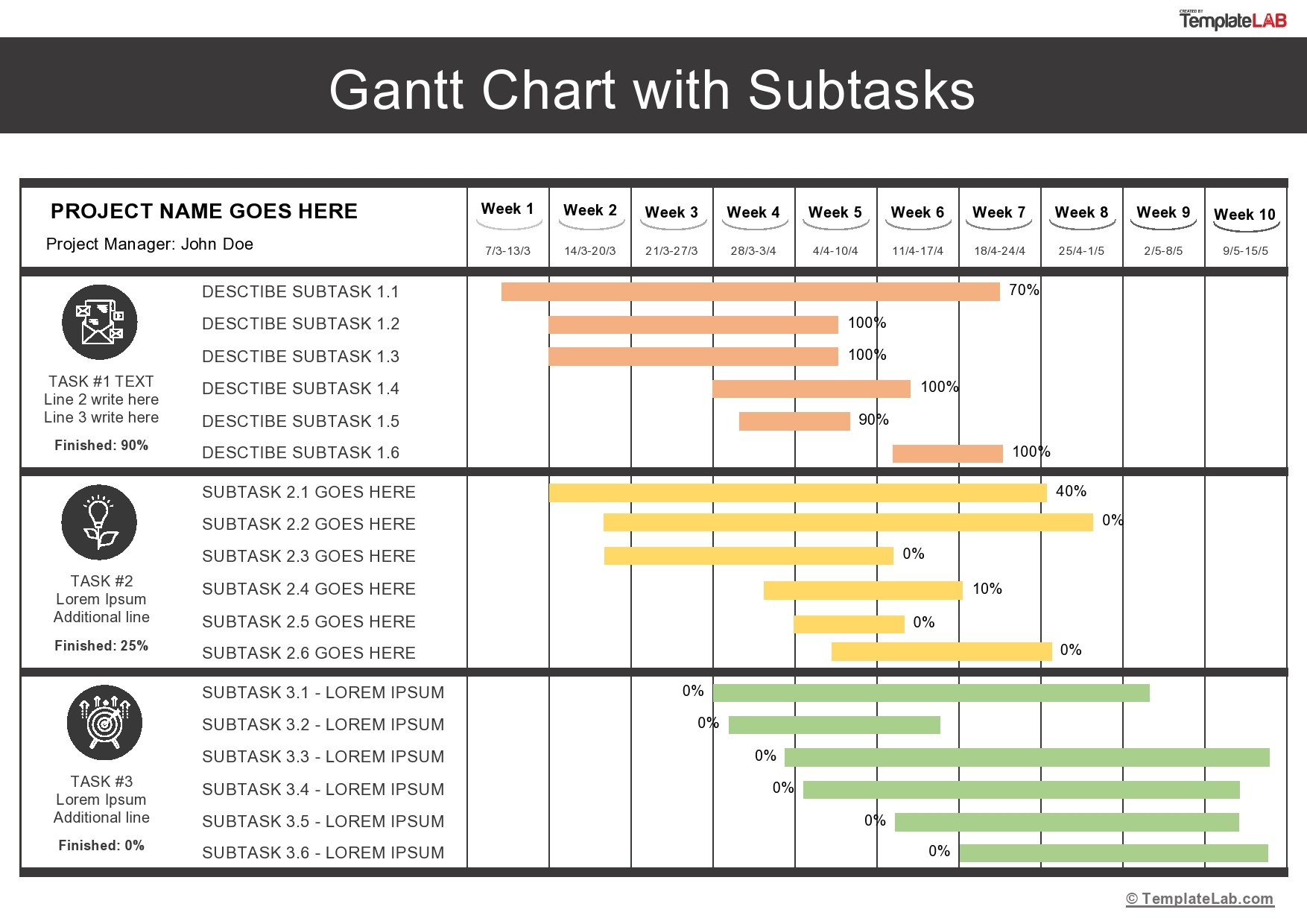 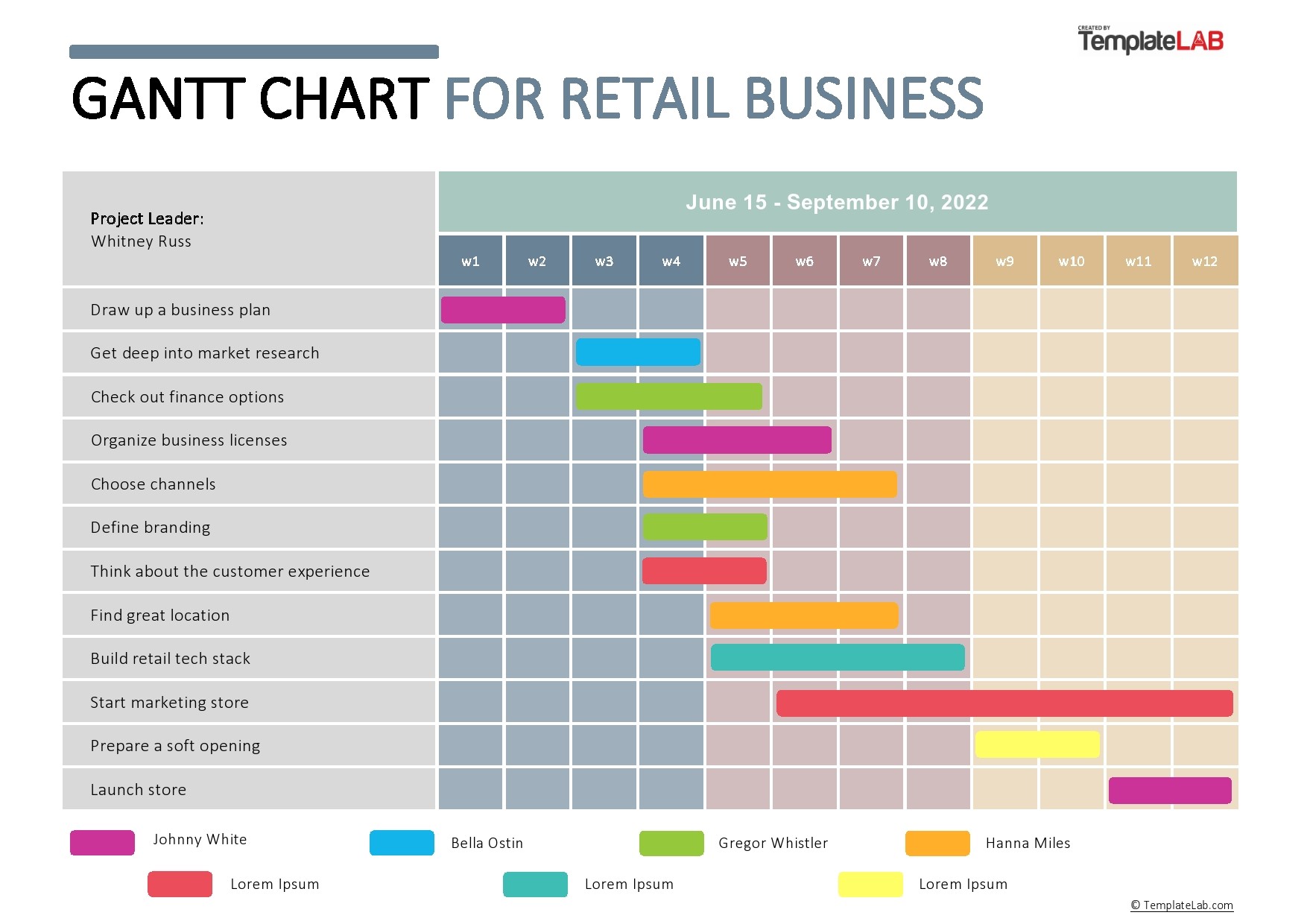 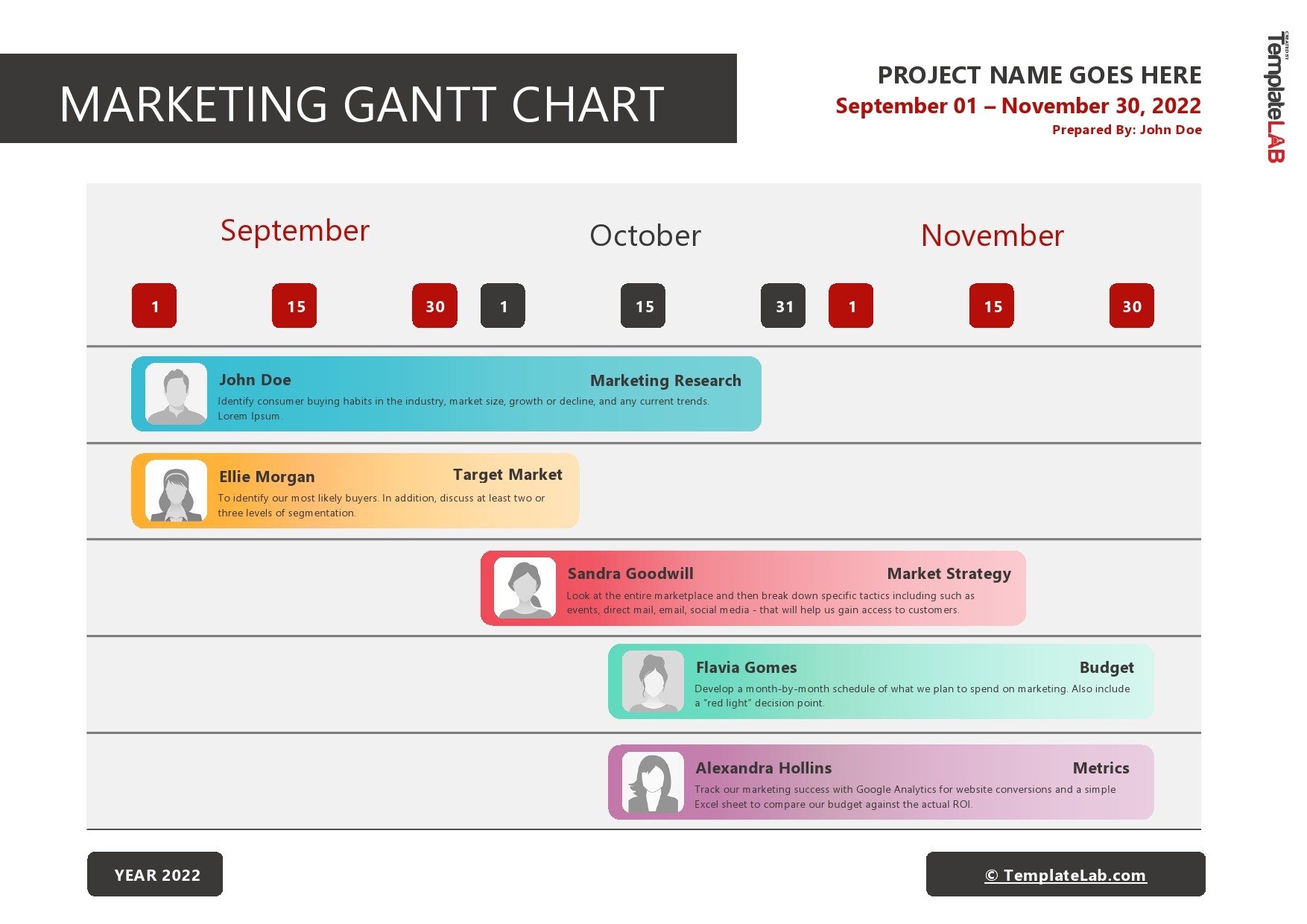 Essential Parts of a Gantt Chart

If you are making a Gantt chart you need to ensure that you have the following information in it:

This is the first thing you need to take care of. A Gantt chart is only successful if it shows each and every activity of the project for which the Gantt chart is being made. If you forget to put in some activities the results can be catastrophic for project completion. You may end up finding out that your time estimate is completely unrealistic or that you cannot complete the project at all because you skipped an activity upon which other activities were dependent. Ensure that you have listed each and every activity that will be involved. For big projects organization have planning departments that form cross departmental teams that ensure that all the activities have been accounted for. Whether you need to create such a team or not depends on the size of the project you are about to undertake.

Predecessors need to be accurately studies. A predecessor is an activity upon which another activity depends. For instance, if you are making a house, you will need to put up the walls before you can paint them. Thus building the walls is a predecessor for the painting activity to start. A good Gantt chart will always have accurate predecessors clearly defined in the chart. 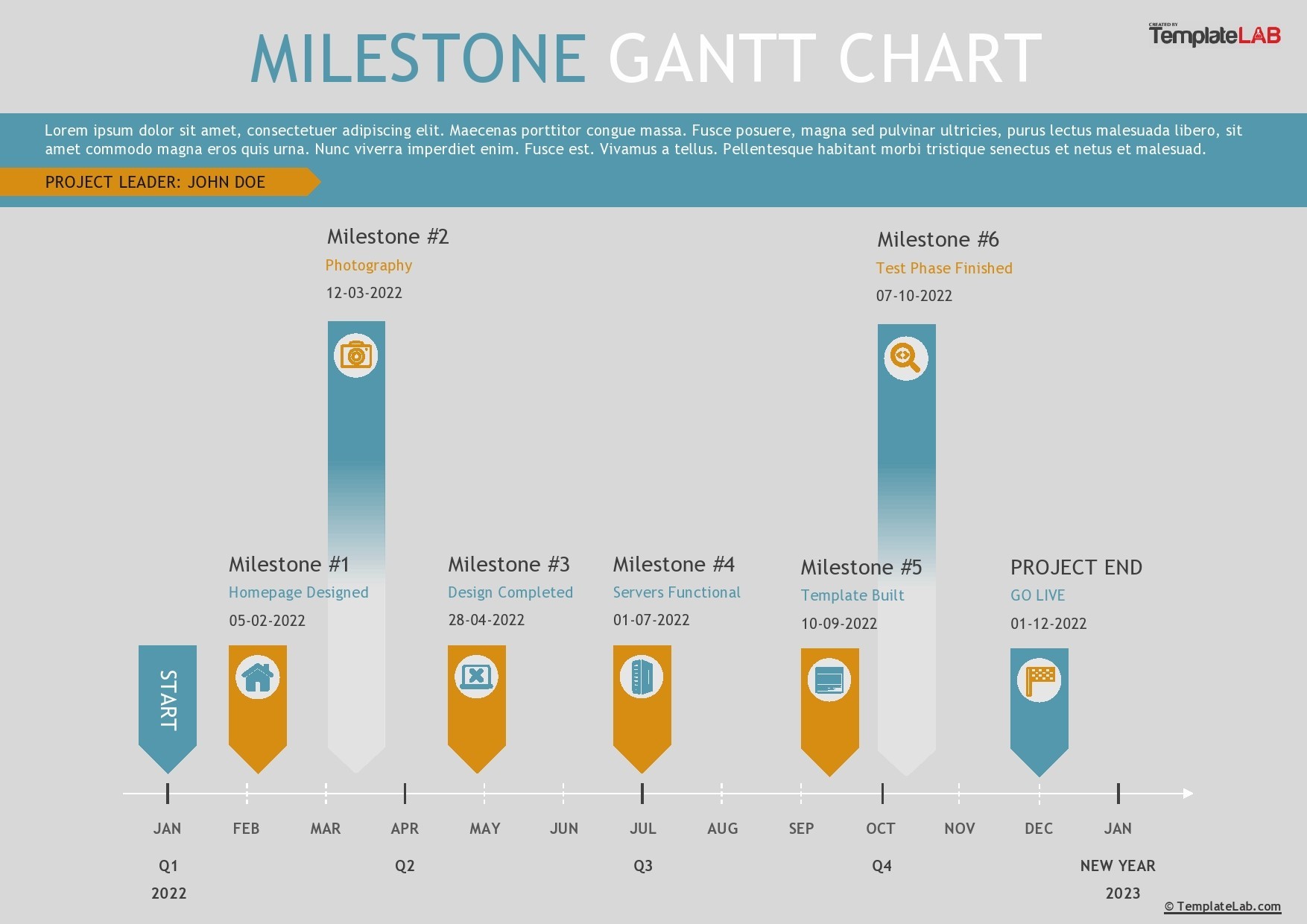 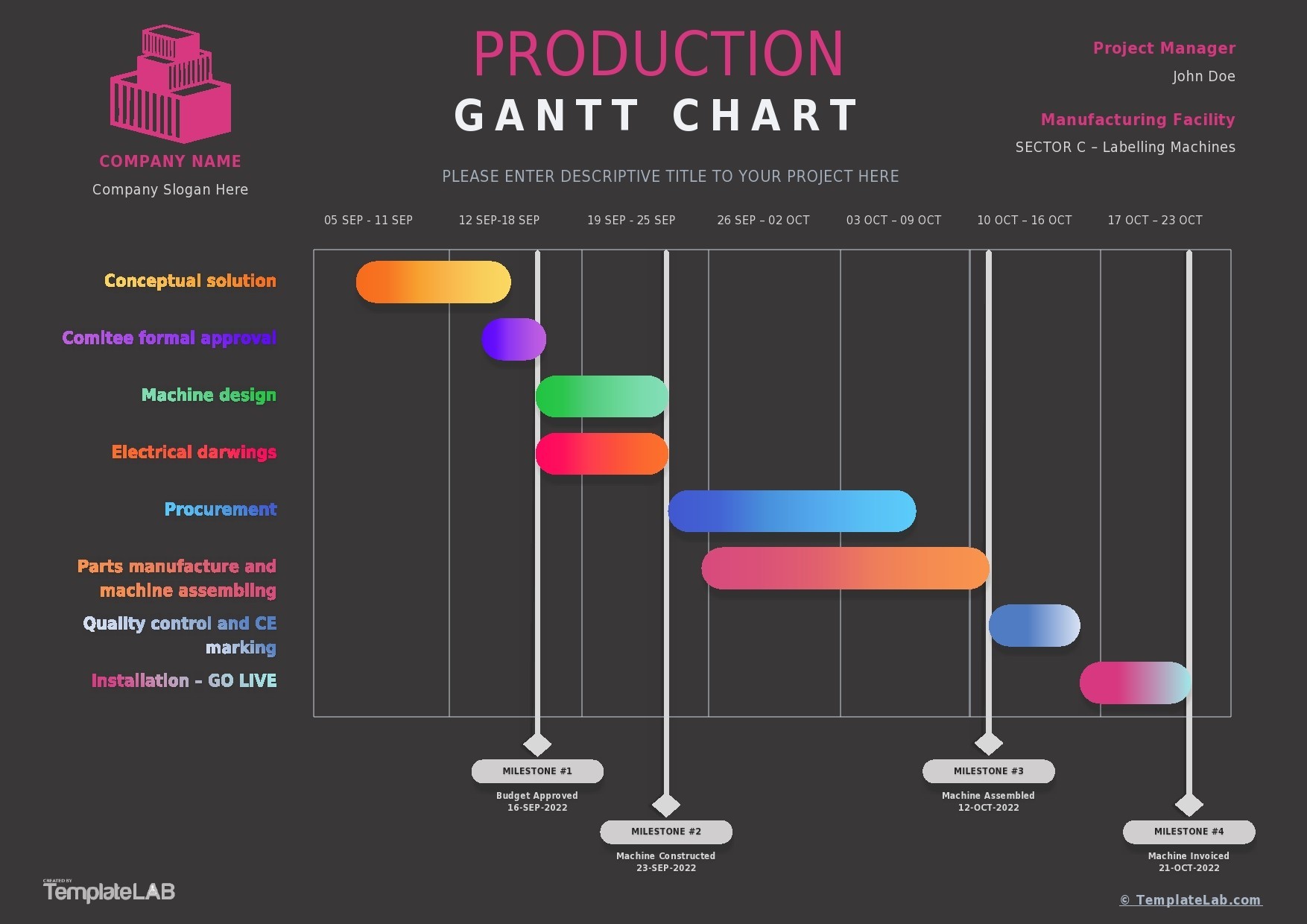 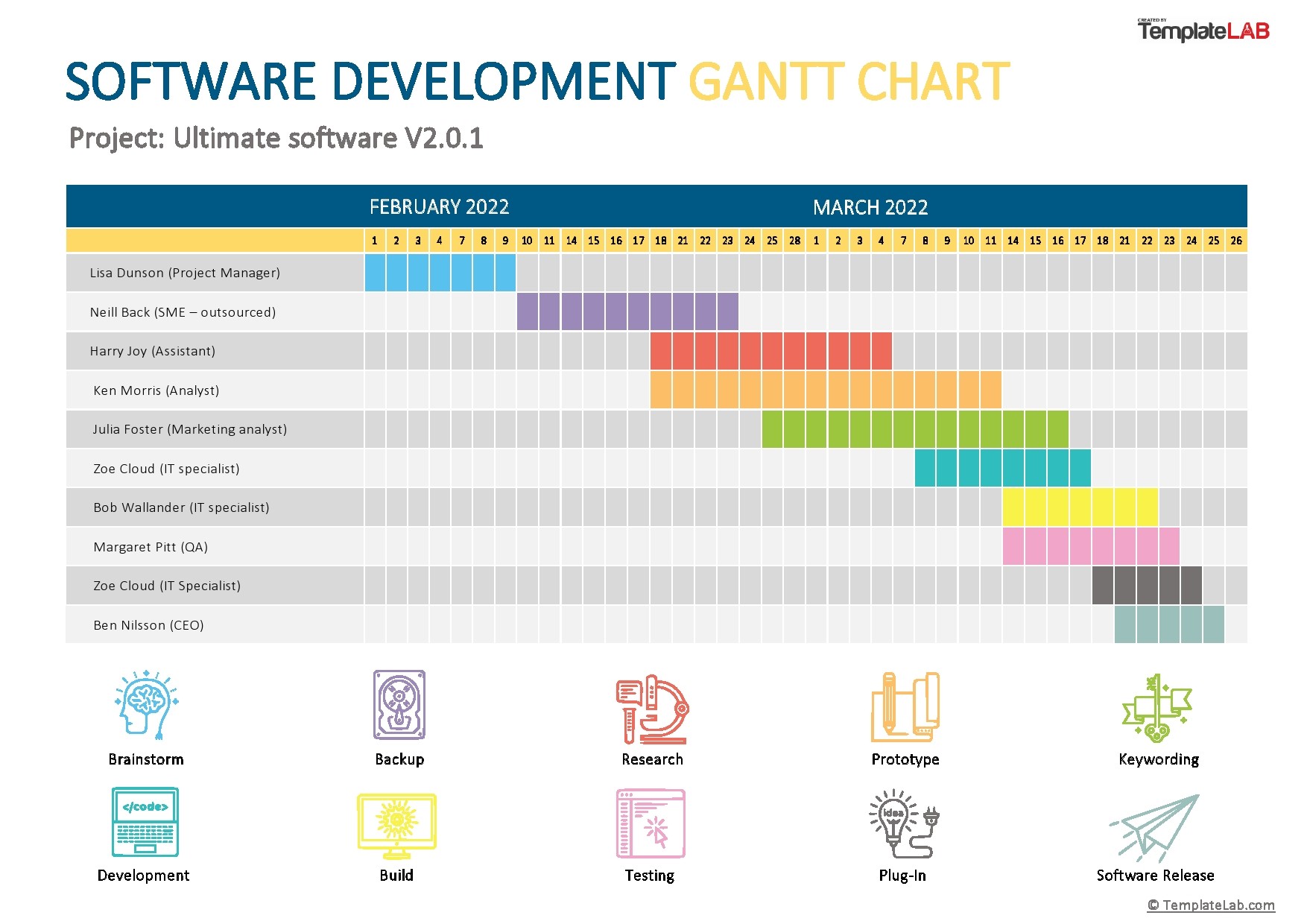 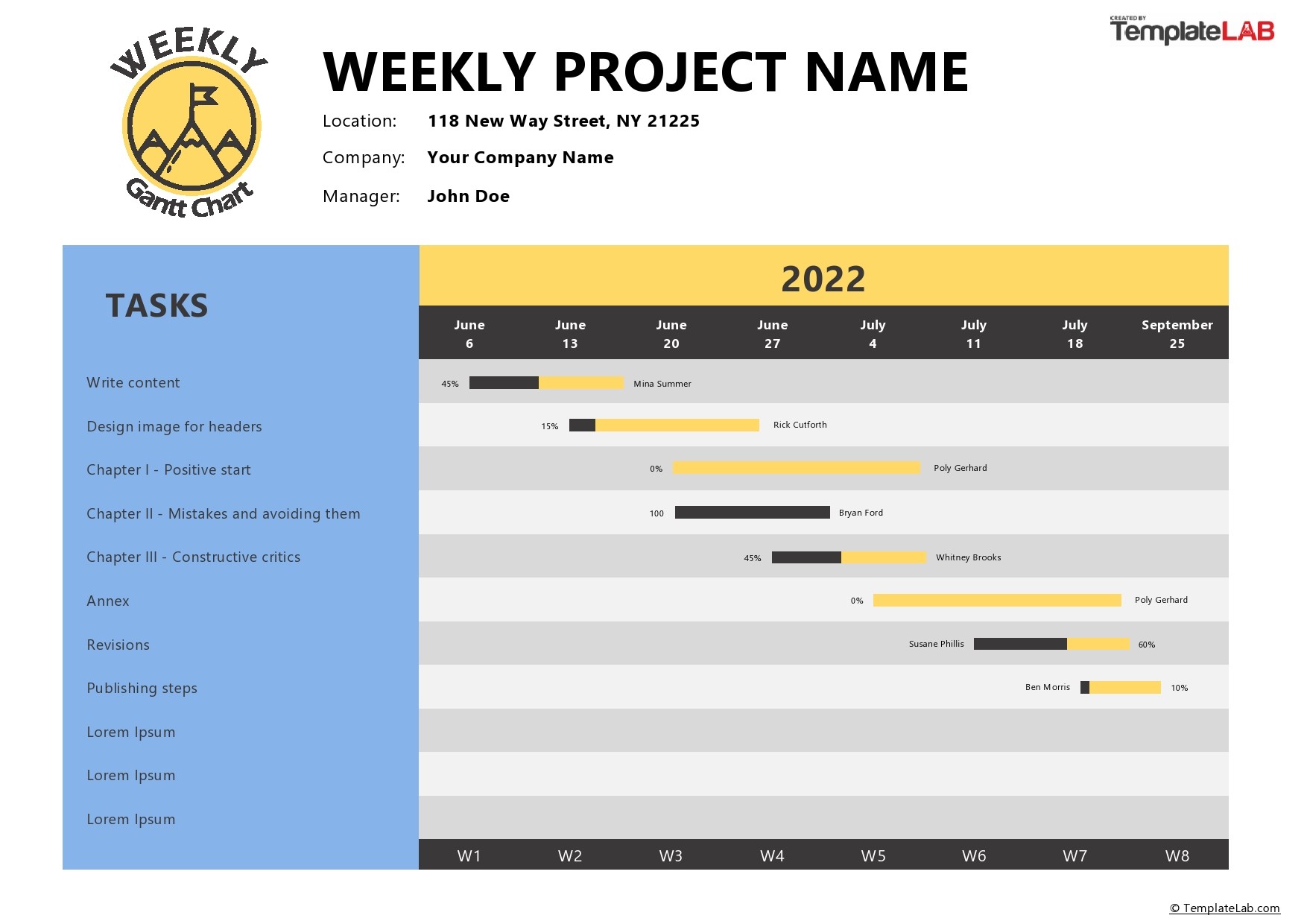 Gantt Charts are an extremely useful tool but it is necessary to use them the right way. Any tool that is used in the wrong way may end up doing more harm than good. If you’re using our Gantt chart excel templates for your project, make sure you avoid the following common mistakes.

Being too optimistic with time estimates

This is a common mistake new managers inadvertently end up making. Experienced project managers know that things have a tendency to go wrong. When you’re in a big project involving hundreds of processes, you should not be assuming that every process will go off without a hitch. Usually managers inflate the time estimates to make sure their estimates are accurate. So if they think a project should be doable in two months, they’ll give an estimate of three months so that even if something goes wrong it can be covered without making the project late. Think of Murphy’s Law which states that “Everything that can go wrong will go wrong”. It might seem to be a very pessimistic approach to work but pessimism is very helpful when planning anything.

Complicating the chart too much

Inserting too much detail into the chart is just as bad as not inserting enough information into it. Some people who are enthusiastic about covering everything end up entering so many activities and dependencies in the Gantt chart that it becomes incomprehensible. The main aim of the Gantt chart is to explain how long processes will take, the relationships between processes, and good time estimations. If you enter so many activities and create too many relationships you’ll end up with a chart which doesn’t really tell you anything about the project. If the Gantt chart you are making looks too complex, then it might be time to create multiple Gantt charts instead. Divide the activities department-wise and put them in different charts to the original aim of the Gantt chart is still viable. Among the Gantt Chart Templates we have available, you’ll find some which are simply while others are much more complex. Pick the right template and your project will be well managed.

As we have stated before, a Gantt chart should give a basic understanding about the progress of the project at a quick glance. Sometimes even your best estimations will end up being too conservative. Your project will momentarily be completely out of the time projections you prepared and the Gantt chart will show that processes which should have been completed have not been completed. You have to ensure that you keep updating the Gantt chart with updates time estimates so that it continues to be a useful tool for you and your teammates. A Gantt chart in which you’ve blown past the time estimates does tell you that the project will not be completed on time but you probably know that already. It is better to instead look at how you can make up for the lost time now by creating a chart that helps you catch up.

If your chart is becoming too complex, you need to start color coding activities. A great way to do this is to color activities based on the teams that will be working on them. You’ll run out of colors very quickly if you try to give each activity its own color. Instead if you color the graph based on who will be performing the activities, you have just increased the amount of information that your chart presents. People will be easily able to see not just how far along the project is but also who needs to complete their work to move the whole project faster. The whole point of the chart is to make project management easier by making things easier to understand, so any step you do to make your Gantt chart more comprehensible is a good step.

There are many applications which are able to generate Gantt charts. Most specialized project management software will have Gantt chart functionality built-in because of how vital such charts are in project management. Most people who do not have a specialized application end up creating such charts through Microsoft Excel, which is why you’ll find a large selection of Gantt Chart excel templates available for download on our website. 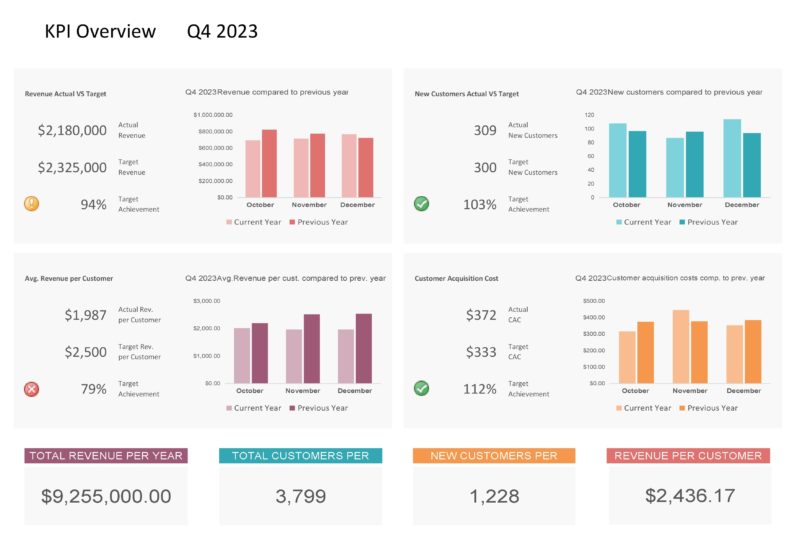 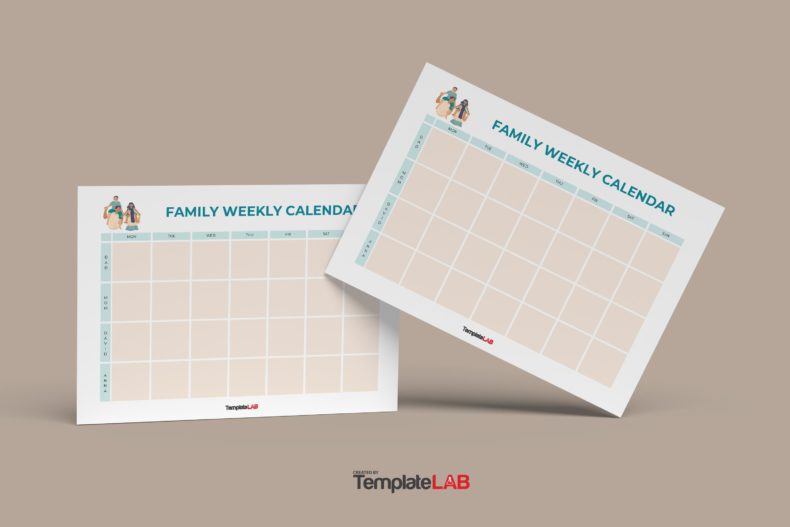 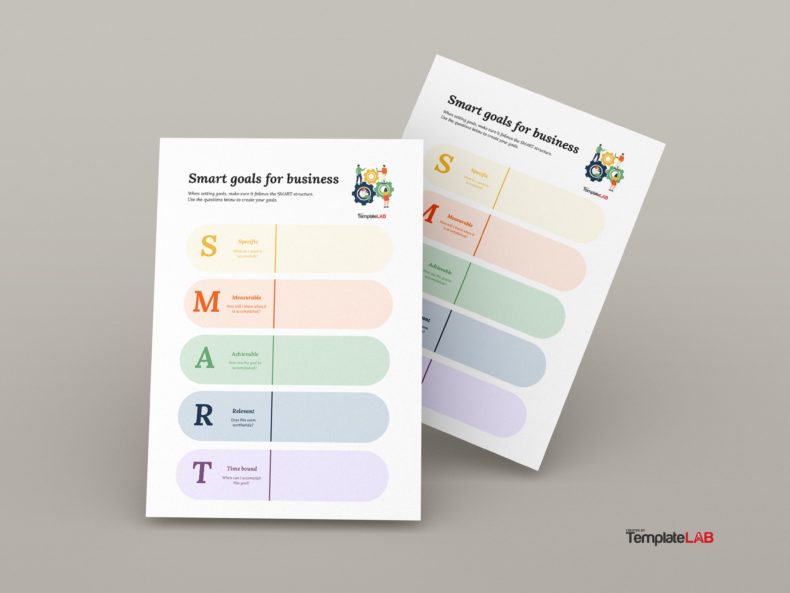 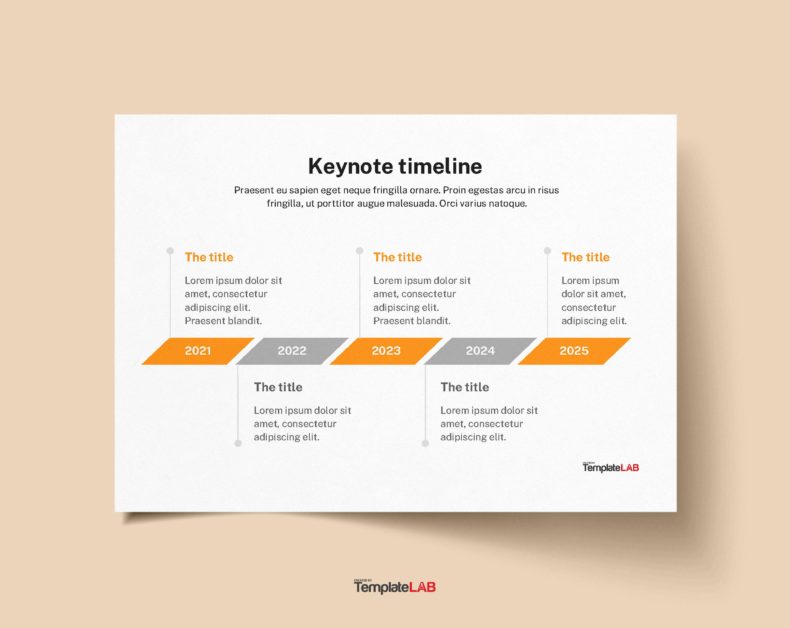 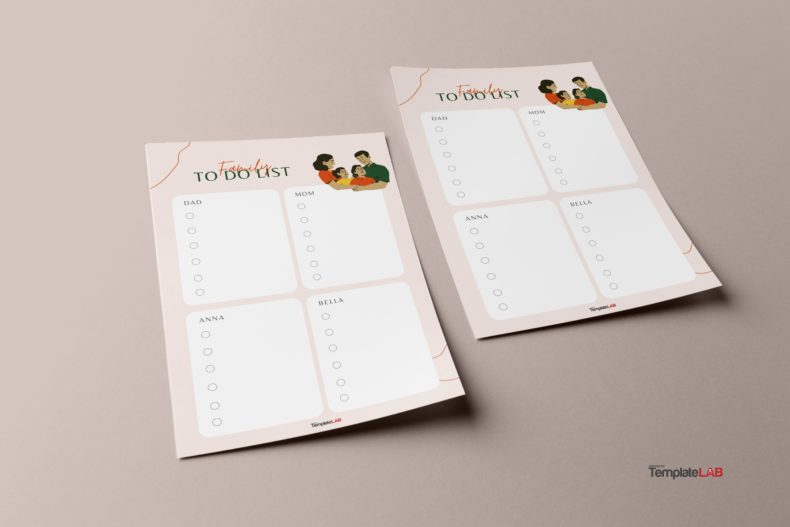 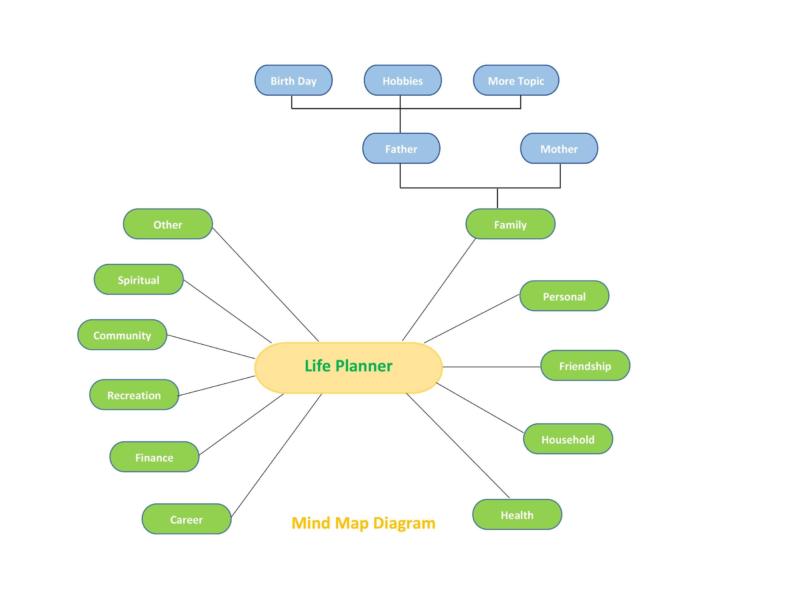