In the event of an accident, crime or an incident which occurs and the police are involved, it is essential to make a police report. Basically, a police report or a police report template is a document which is made when an incident or a crime is reported to the police. These reports typically contain the names of the people involved (victim/s and perpetrator/s), the type of offense which was committed, potential witnesses and other vital information related to the incident.

Usually, police incident reports are at the local police stations while the authorities are speaking to the victims in person. Nowadays though, there are options to file police reports online for specific cases or incidents. If you opt to file your case online though, you should take a look at some good police report examples for reference purposes. You’d also have to read everything thoroughly so that you are sure that online filing is the best move for you. 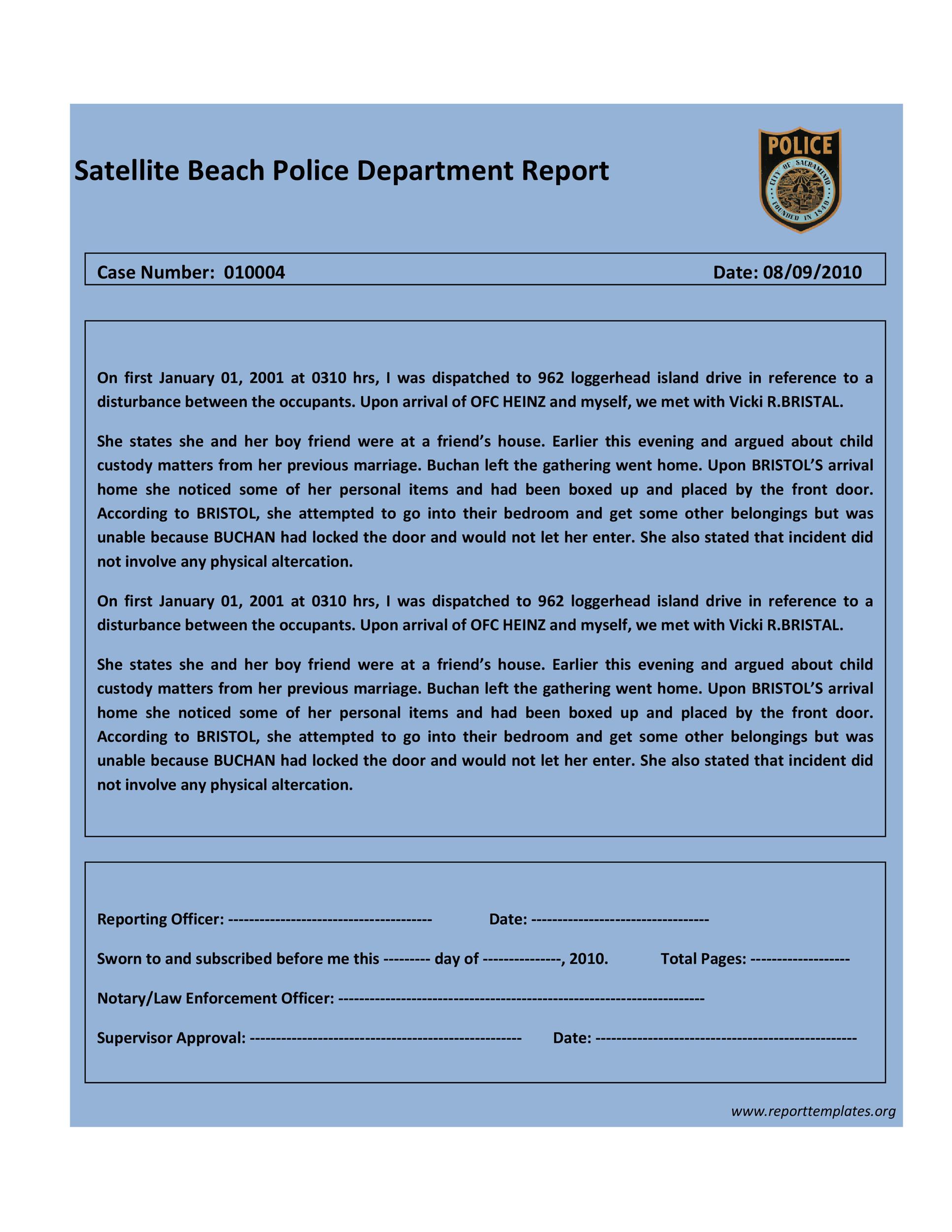 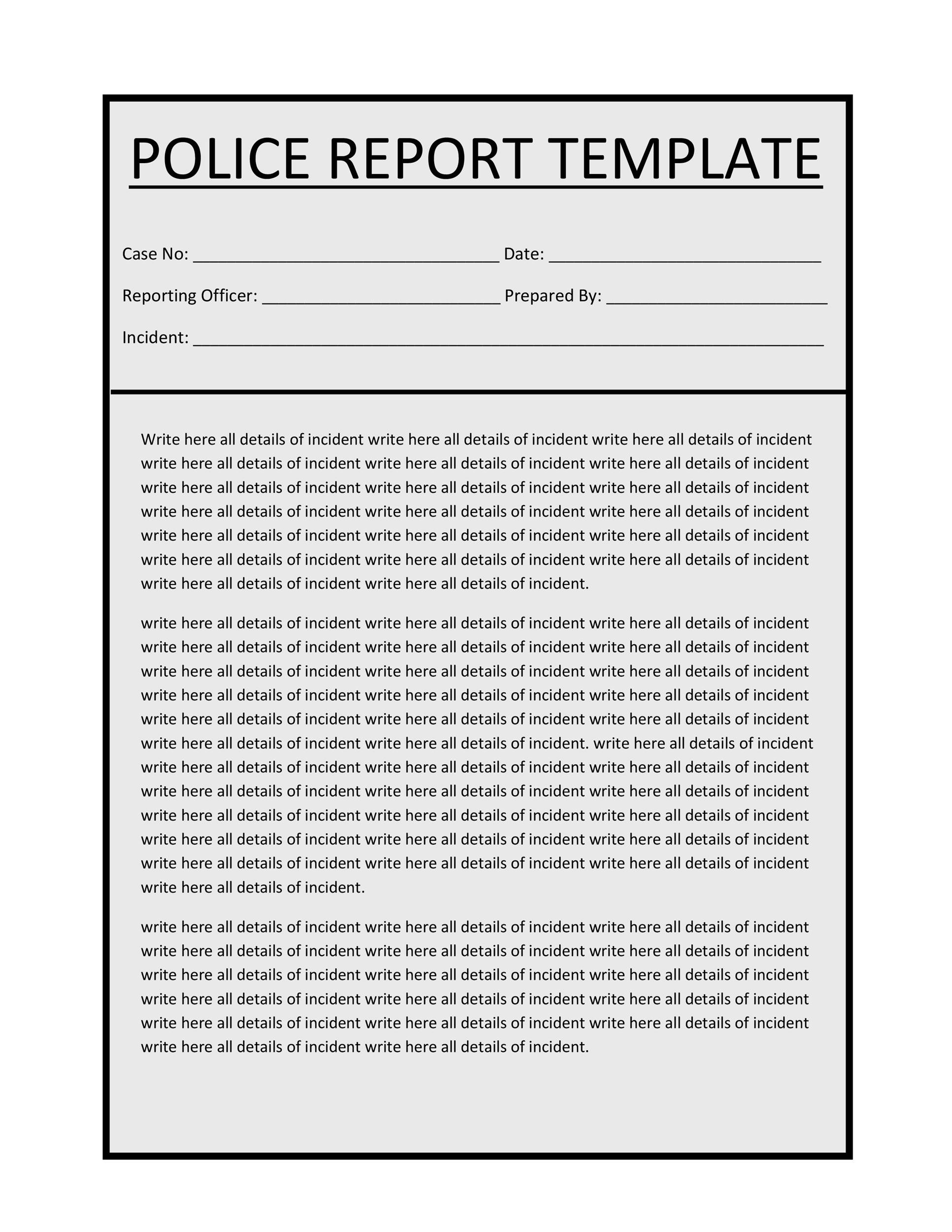 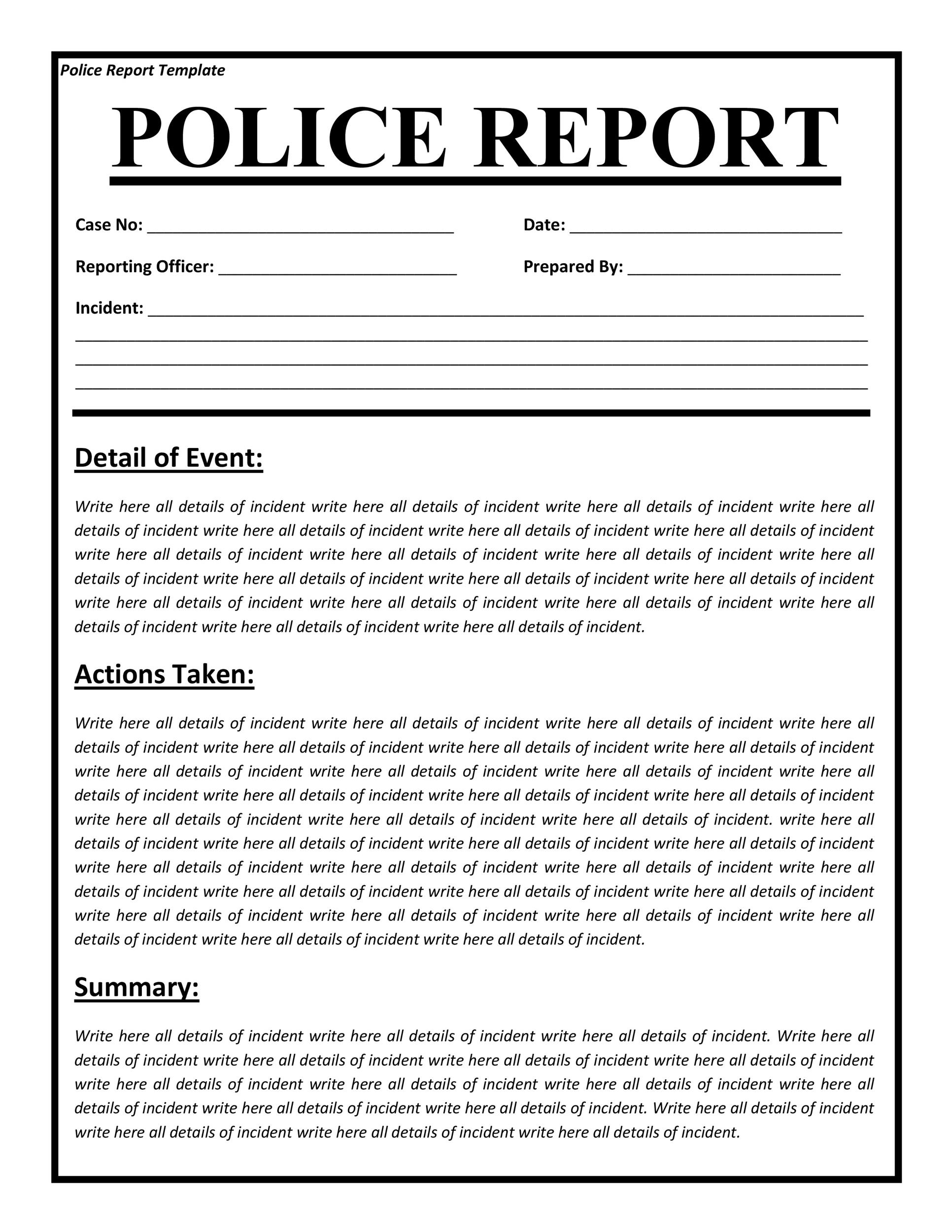 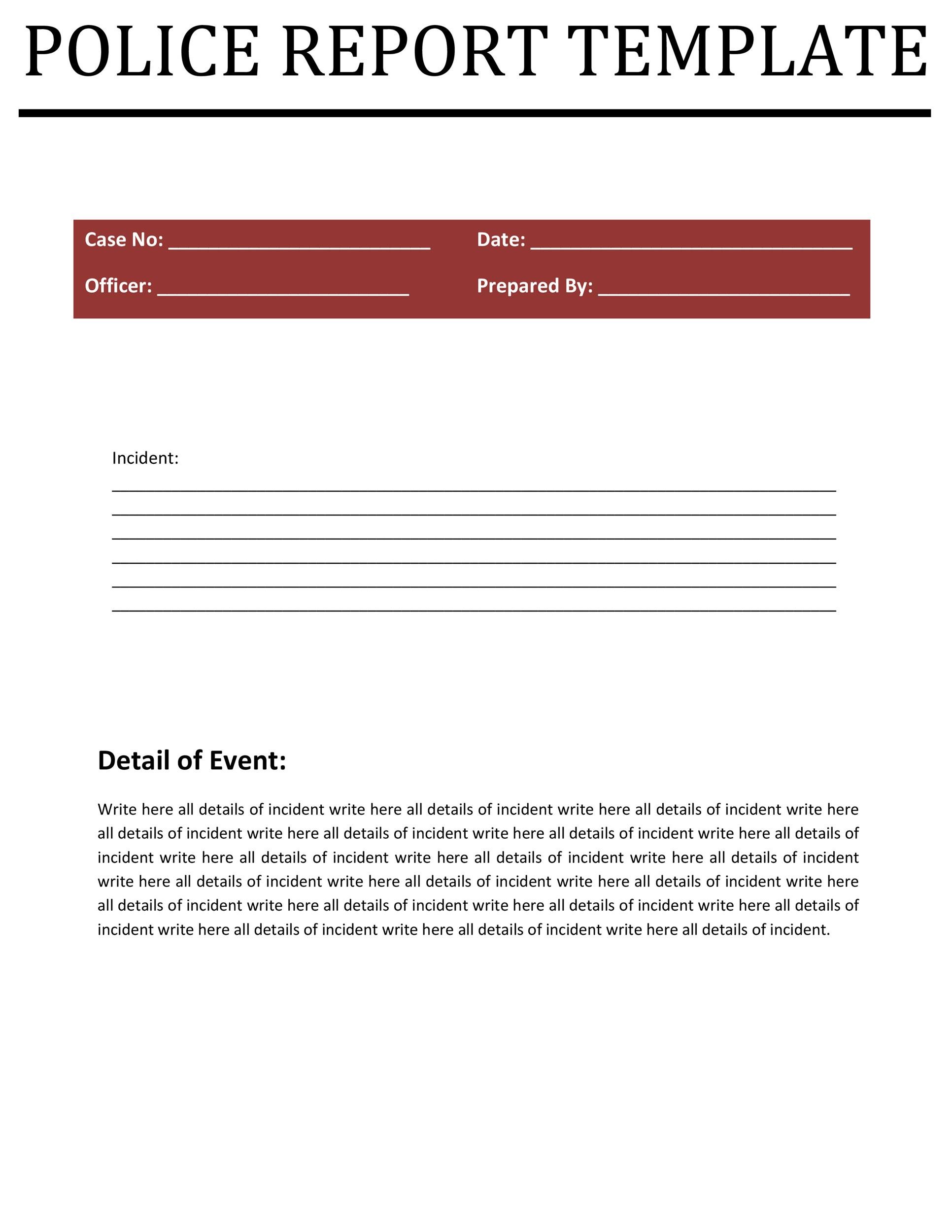 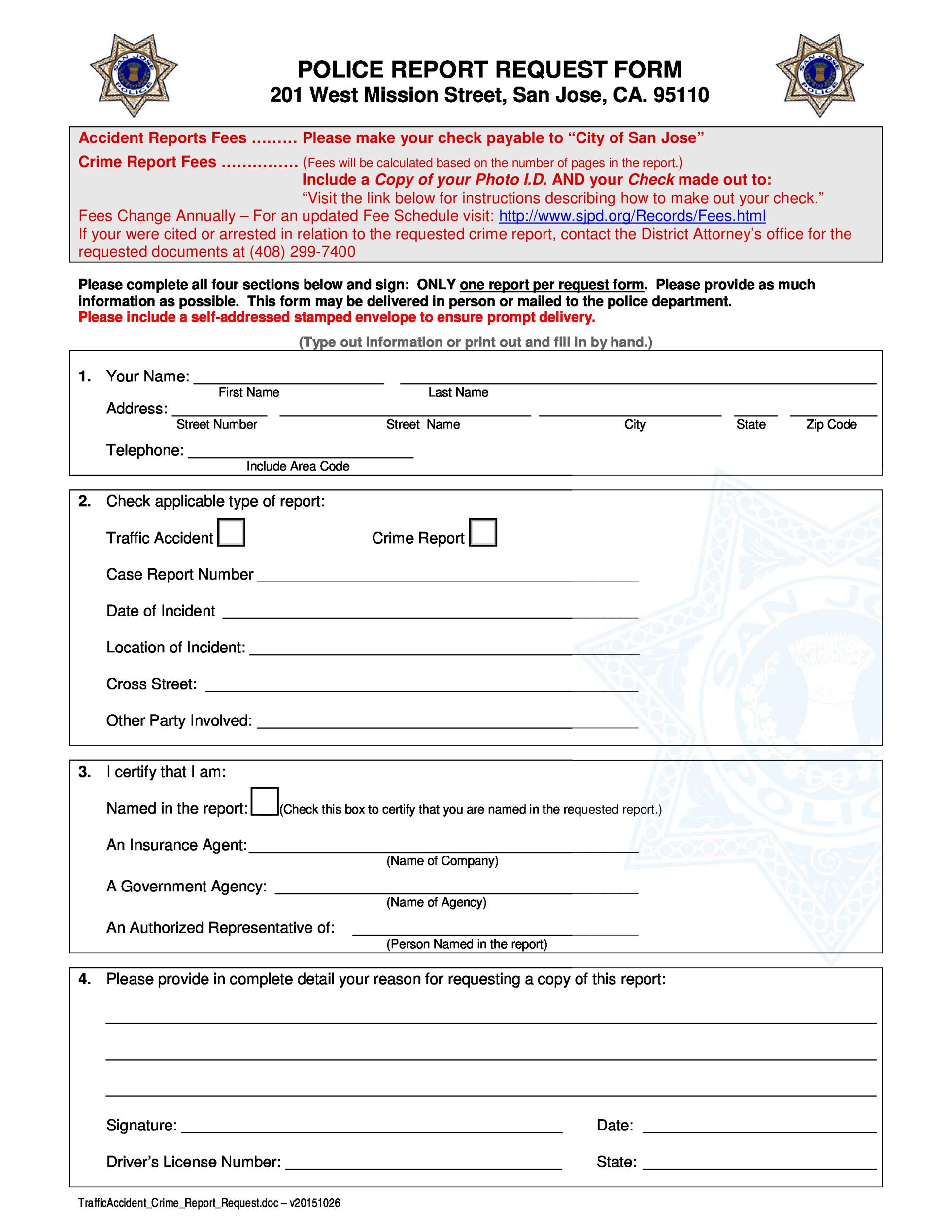 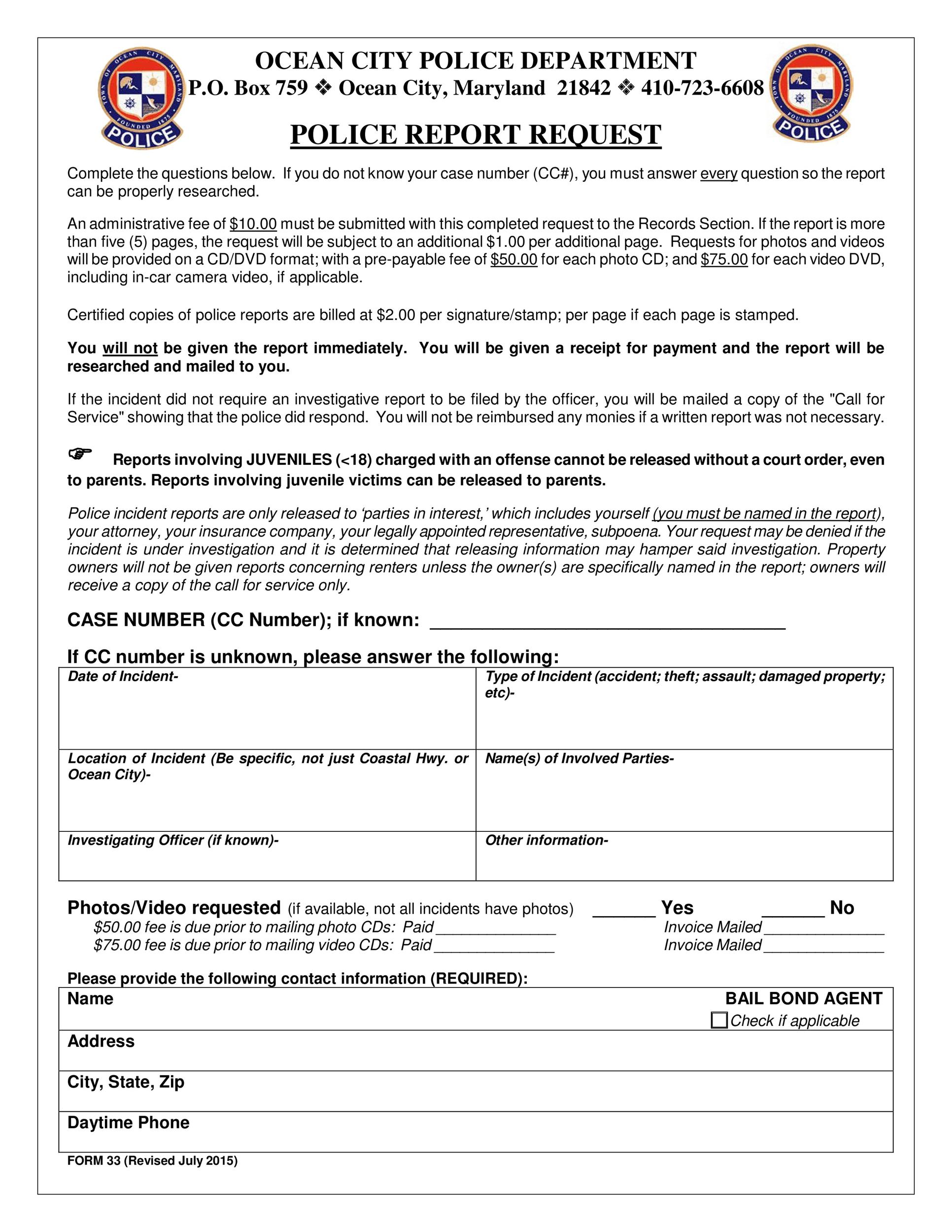 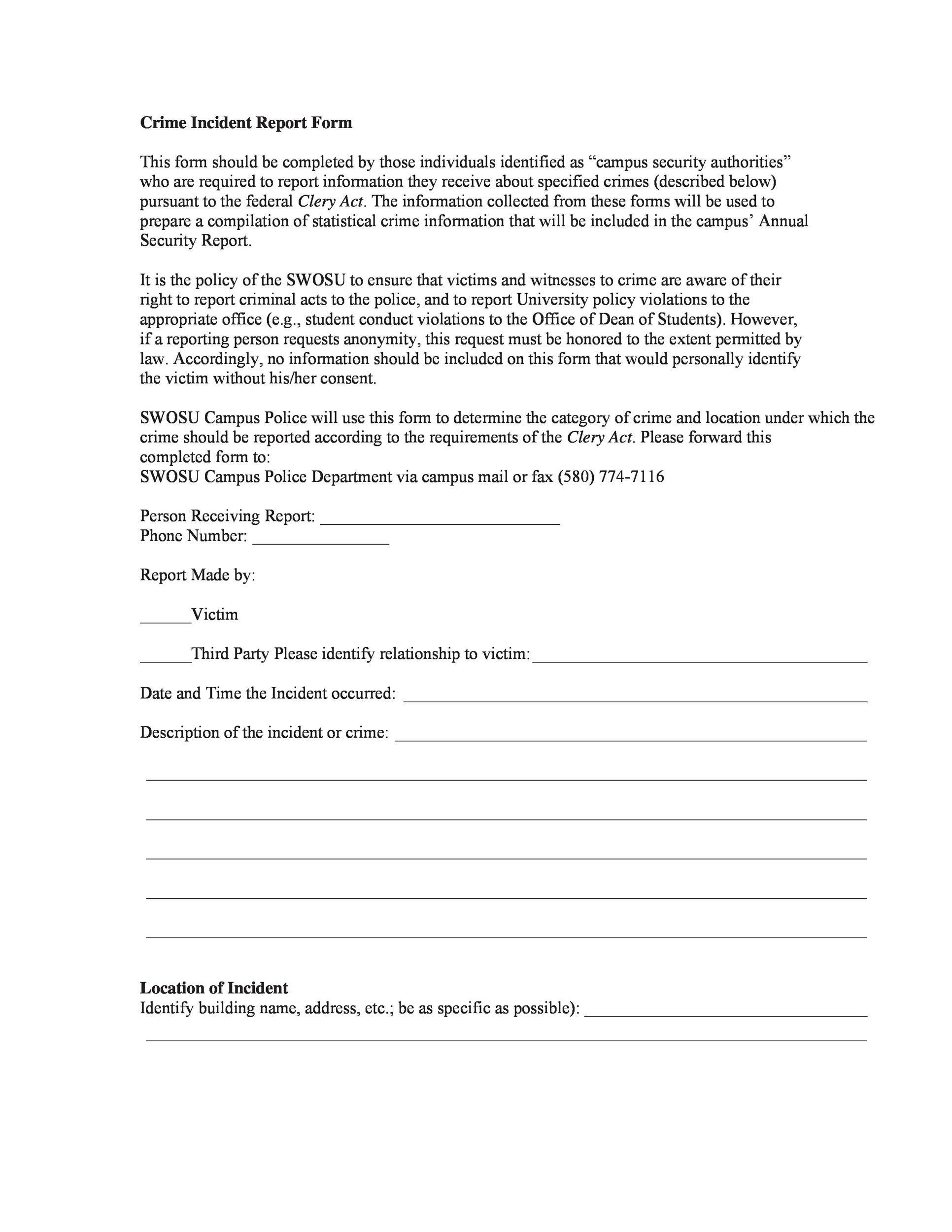 Once you’ve filed a police report and a police report template is completed, you would have an option to request a copy for yourself. You may have to pay a fee for a copy of the report then witness interviews would follow. You must also be given relevant contact information so that you will be able to monitor or keep track of the progress of your case.

It’s quite regrettable to note that many people file fake police report templates and about 40% or crimes actually go unreported and undocumented. Whenever you fall victim to a crime, it is very important to file a police report as it would increase the chances of getting the crime solved and you getting justice. However, you should only file a police report when a crime happens and when you’re actually a victim.

Depending on the nature and severity of the case, a police report template may be as simple as a one-page document or something more detailed which may contain more pages. After the report is filed and an investigation begins, witnesses would have to be interviewed and all their statements will be noted and added to the police file. The file can also include any results of drug, alcohol or forensic tests to help out prosecutors in case a suspect is arrested and charged.

Important Elements of a Police Report

The Information Regarding the Incident

A good police report example would contain all the relevant information about the incident. The type of crime which had occurred, the place where it happened, how the incident was reported and received, the date and time of the report and of the incident and injuries sustained, if any.

This would include the information such as the name, race, physical appearance, date of birth, home address, marital status, social security number and the relationship of the person to the perpetrator of the one reporting the crime.

The Details of the Victim

The details of the victim have to be included such as the name, race, physical appearance, date of birth, home address, marital status, social security number and the relationship of the person to the perpetrator of the one reporting the crime. If there has been any damage done to their property or if any property belonging to the victim has been used to commit the crime, it has to be placed as a separate note or in a separate section.

The known suspect may just be a single person or a number of people, depending on how many are accused of the crime. An extensive physical description must be done for every single suspect along with other relevant information.

A Narrative of the Incident

This part would include all the details of the events which had led and resulted in the incident. It would be a narrative, first-hand account as given by the victim and other witnesses.

These important elements are needed in a police report template so that the information contained in the report can be used effectively in the next processes. Now let’s look at some steps on how to obtain and use a police report. 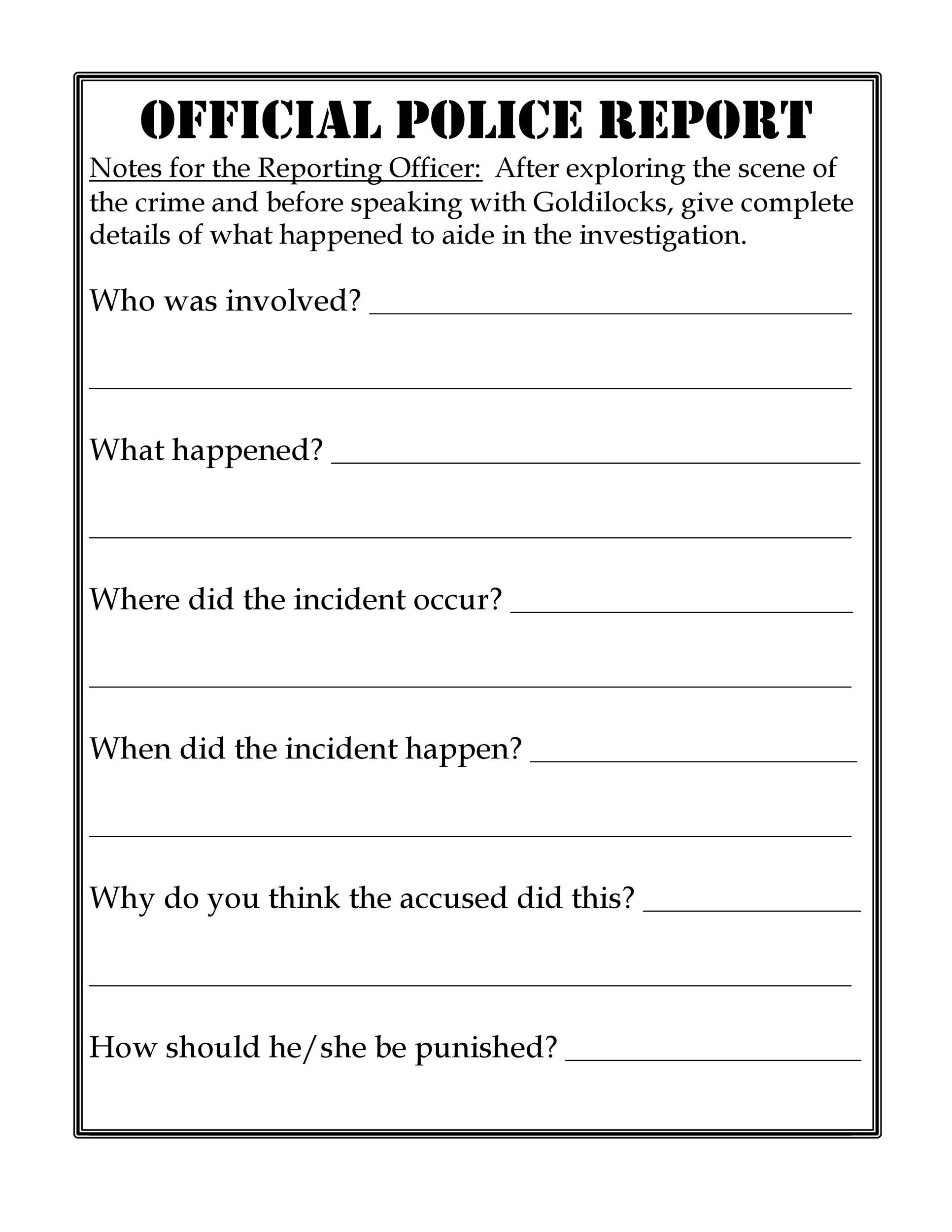 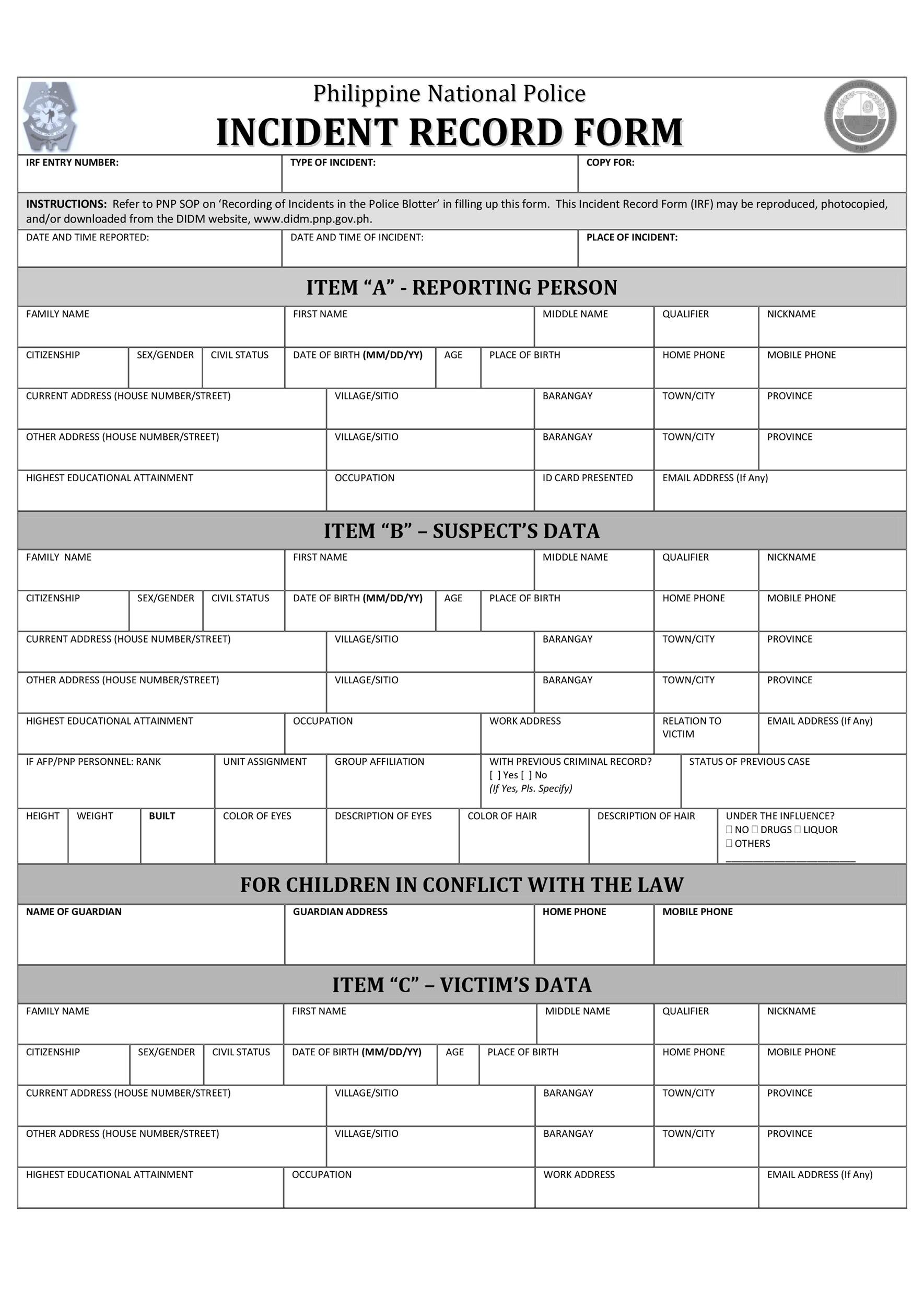 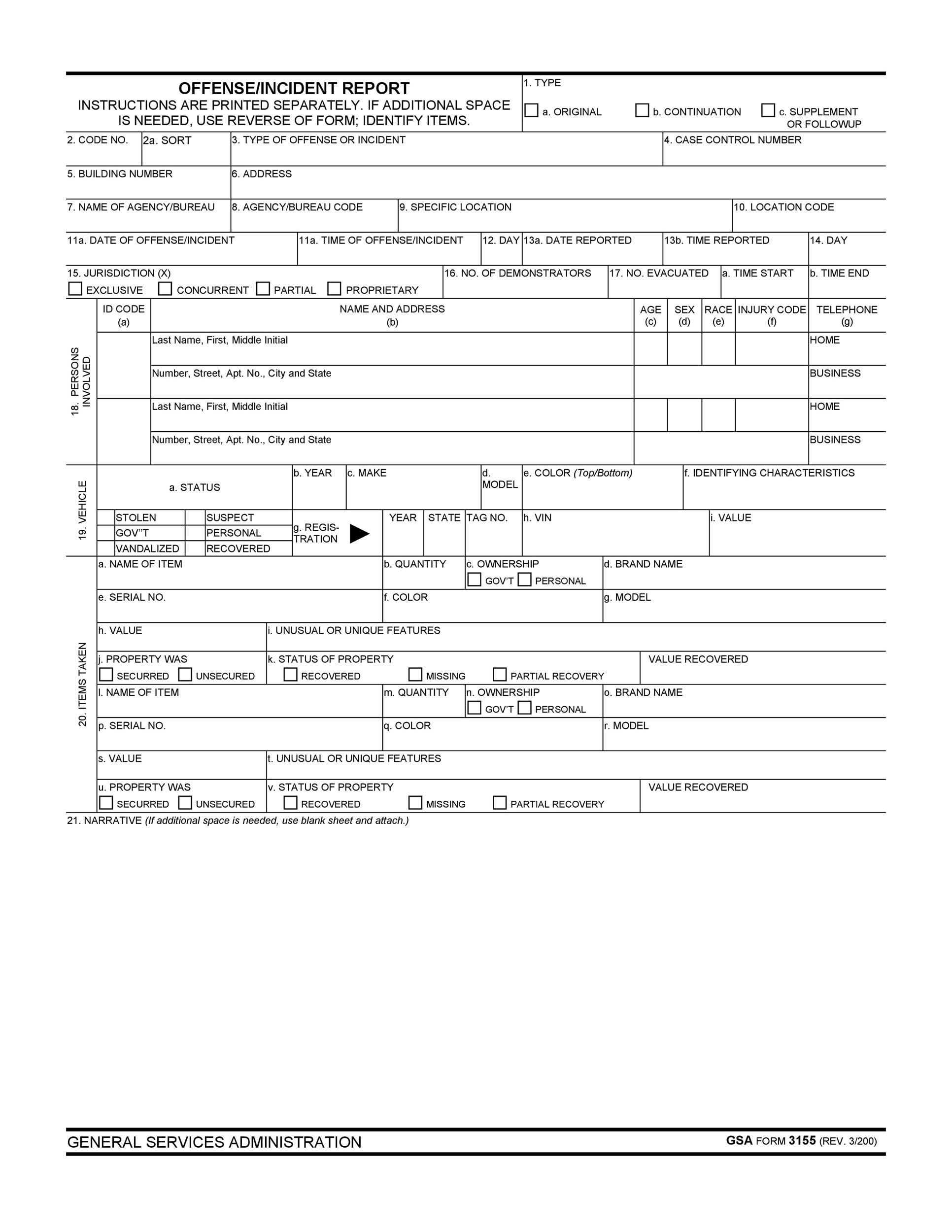 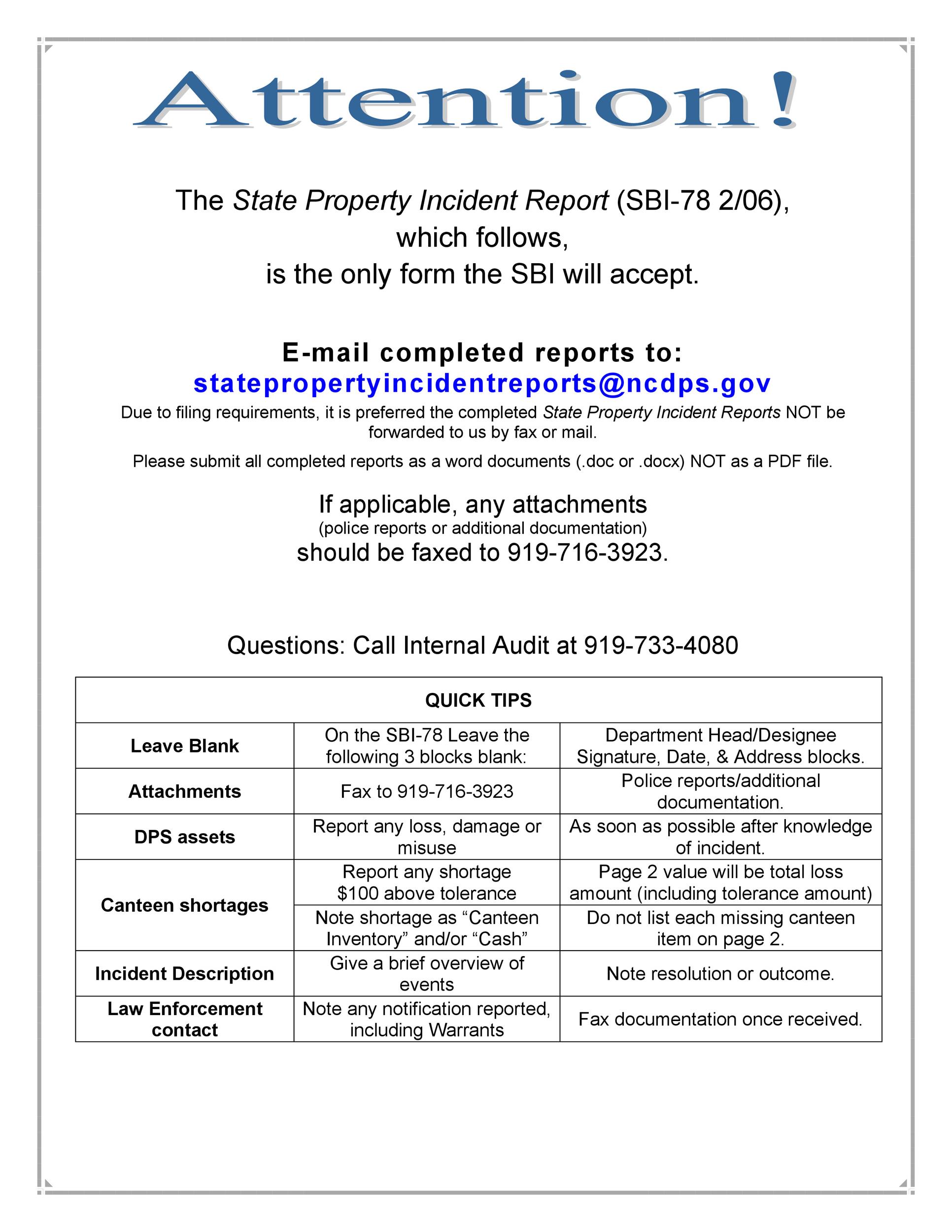 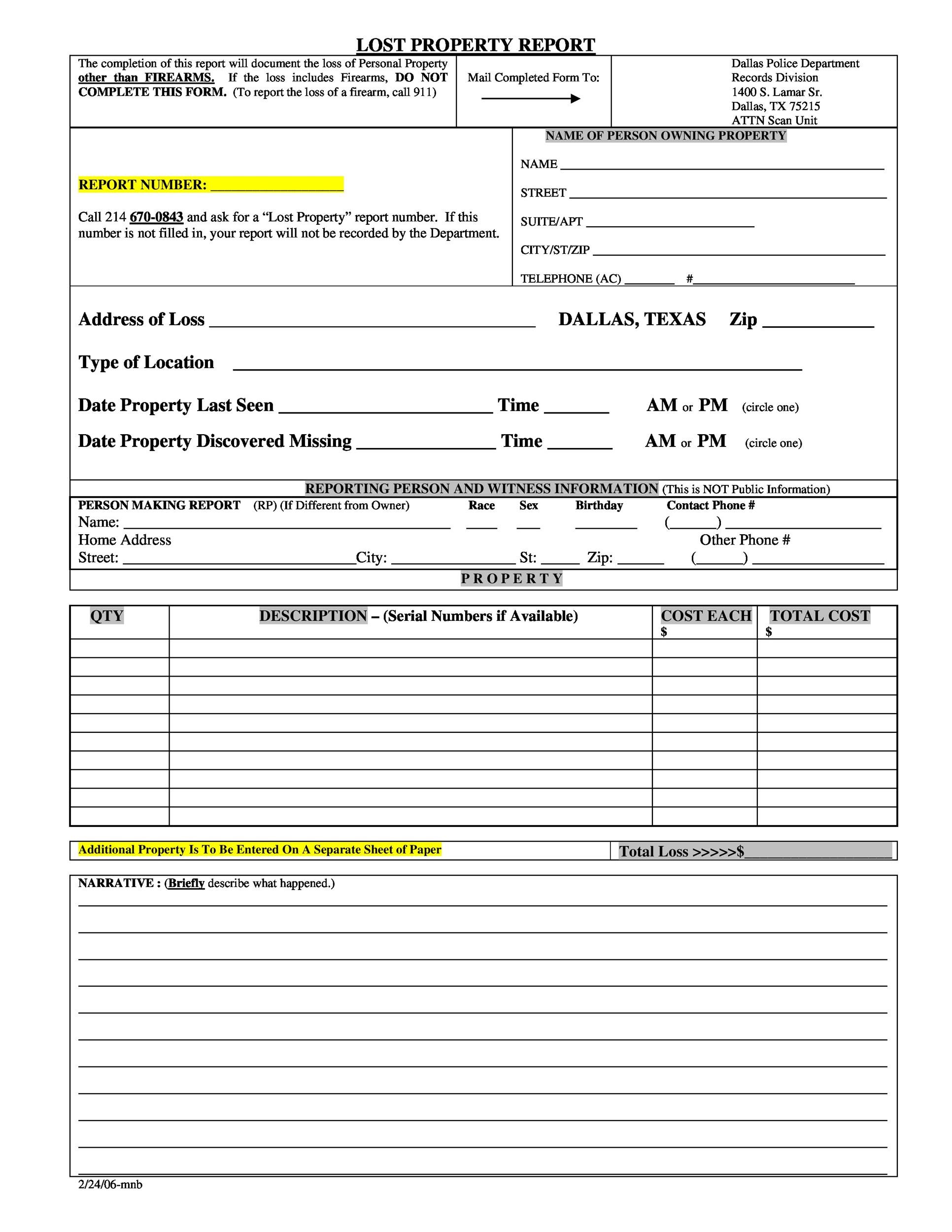 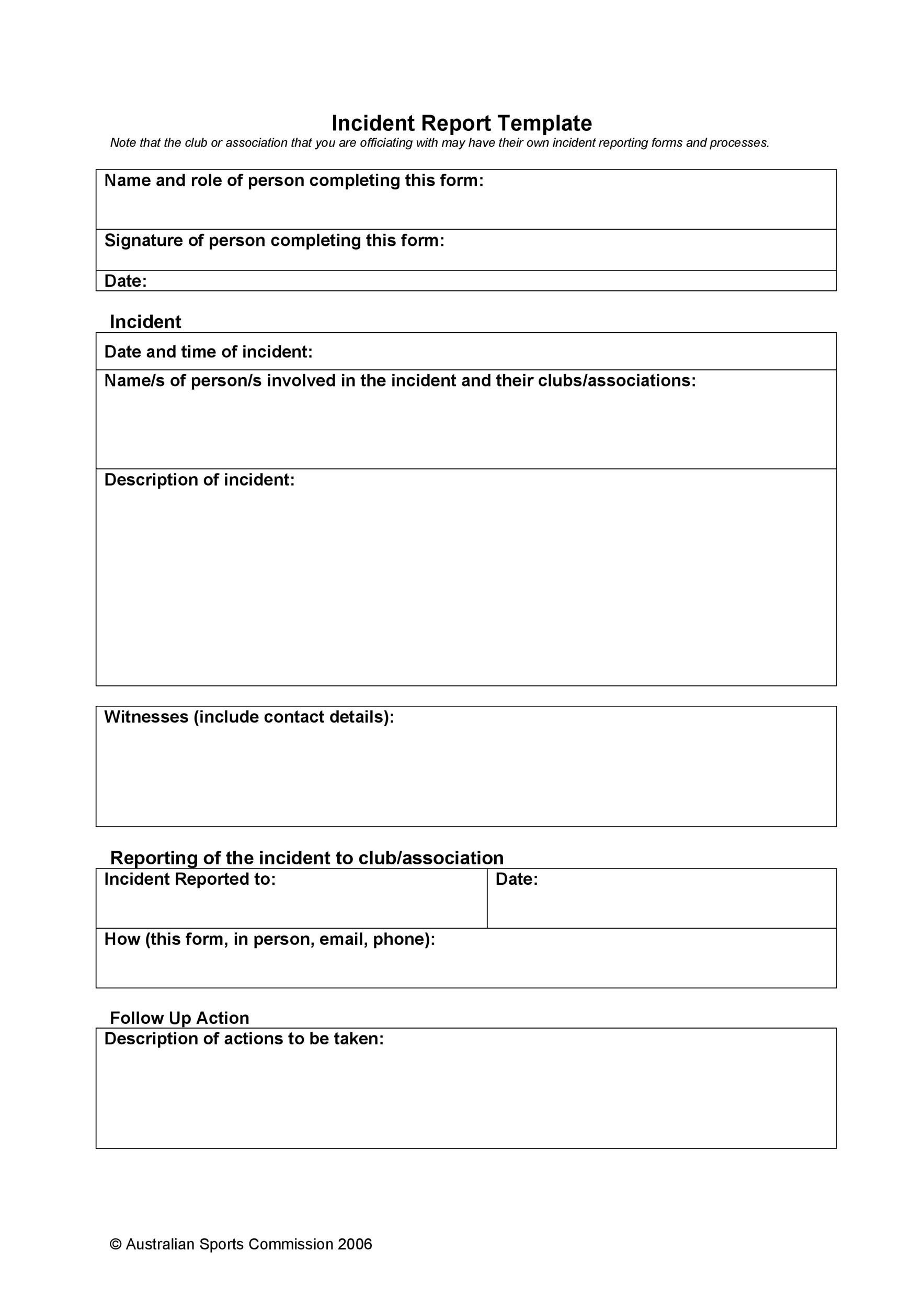 Acquiring and Using a Police Report

If an incident, accident or crime had happened and one or more police officers had responded, then a police report was most likely created. If you are involved in the incident or are one of the victims of the crime, you are entitled to get a copy of the said report. To be able to obtain a copy of the report, you’d have to contact the responding agency soon after the incident.

Find the contact details of the law enforcement agency and give them a call to ask for a copy of the police report template. You may have to pay a minimal fee and appear at the agency in person to get the report.

Though a police report isn’t acceptable in proceedings in the civil court, you may be able to use it as leverage in negotiating for any personal injury arguments for your own advantage.

Aside from this, you can use the information on the report to settle discussions in the event of an accident. Through the statements of the witnesses, you can determine who was at fault and who is responsible for the occurrence. The report would also contain contact details of the witnesses so you can give them a call if needed. Now let’s move on to learn why police reports are so important.

Why are Police Reports Important?

Investigating a crime, incident or accident relies a lot on specific and truthful facts. In order to minimize the occurrence of people filling in fake police report templates, police typically speak to the victims or witnesses personally to get an account of all the details. Police reports are used in order to determine if any charges will be filed against the suspect.

If and when a charge is filed, a copy of the police report is given to the criminal defense lawyers to guide them in understanding the details of the incident and be able to start preparing defensive strategies. Police reports can also be used throughout the investigation before the trial and during the trial as a reference.

It is an ideal for incident reports to be done right after the incident or crime had occurred. At the crime scene, the police should take down notes of everything they’ve seen and observed. They also take statements from the people involved and present at the scene along with evidence. After the crime scene has been cleared and made secure, the police officers would then have to write the report as soon as possible.

You’ve already learned about the important contents of a police report. It’s basically a detailed account of all the details of an accident, an incident or a crime. These details should be based on facts, especially in the narrative section of the report. The details and descriptions of the people involved and the people who had witnessed the incident are also included so if an investigation follows, those people can be easily found and contacted.

Once a criminal charge has been filed, the law enforcement agency should be able to provide the defendant and/or his attorney with a copy of the report when it is needed. If no report is given, it could be cause for the dismissal of the case.

As you can see, police reports are very important, especially when an investigation would follow. So let’s take a more detailed look at some steps and tips in making a police report. 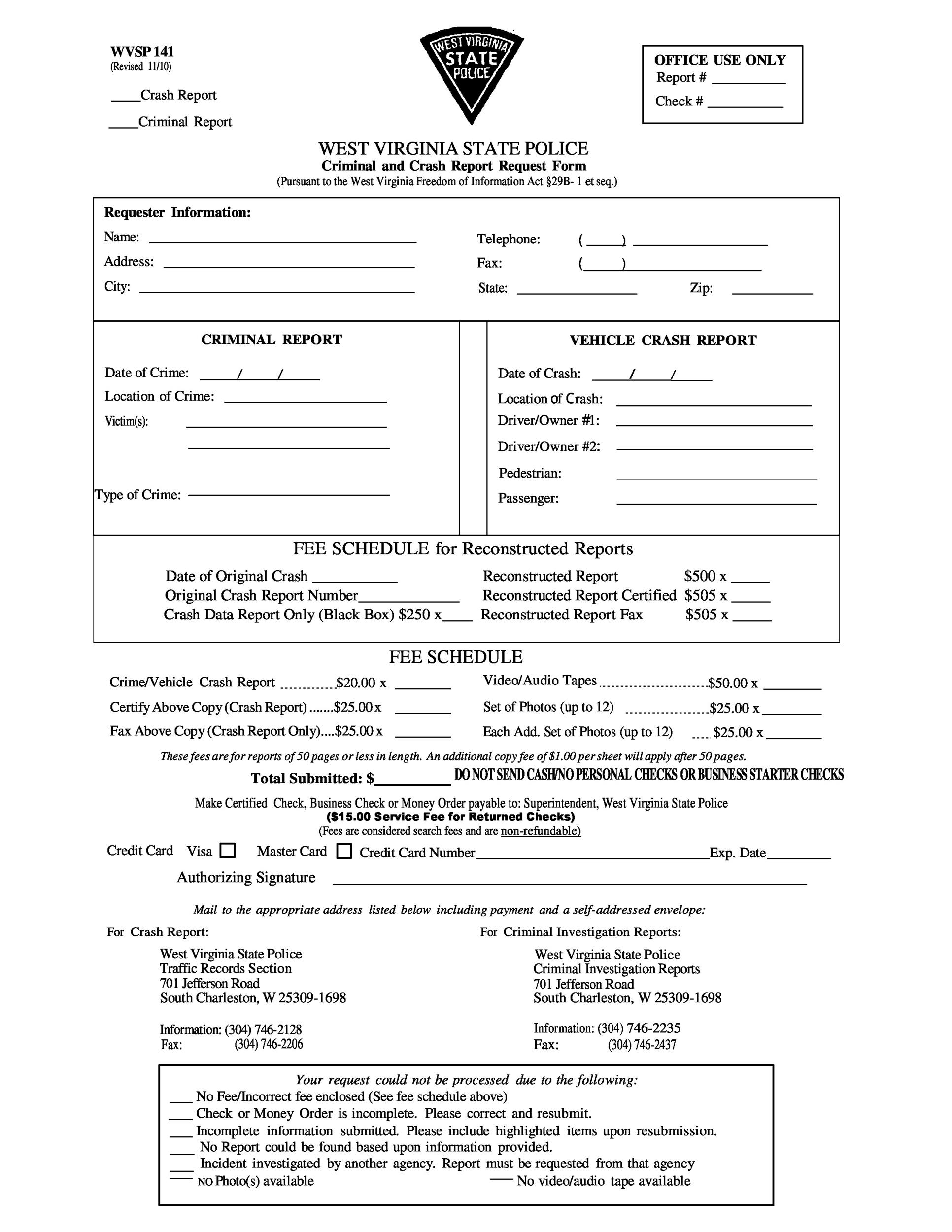 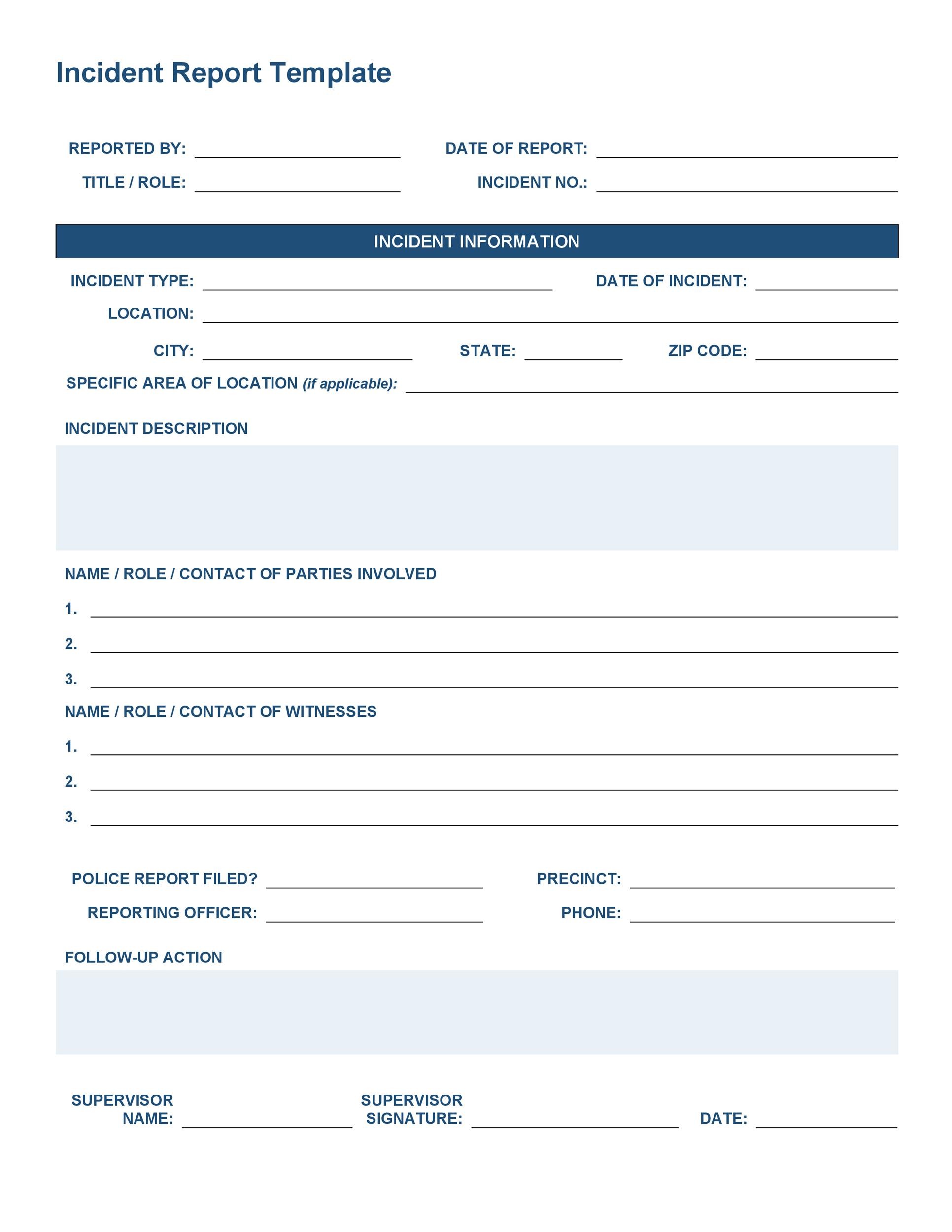 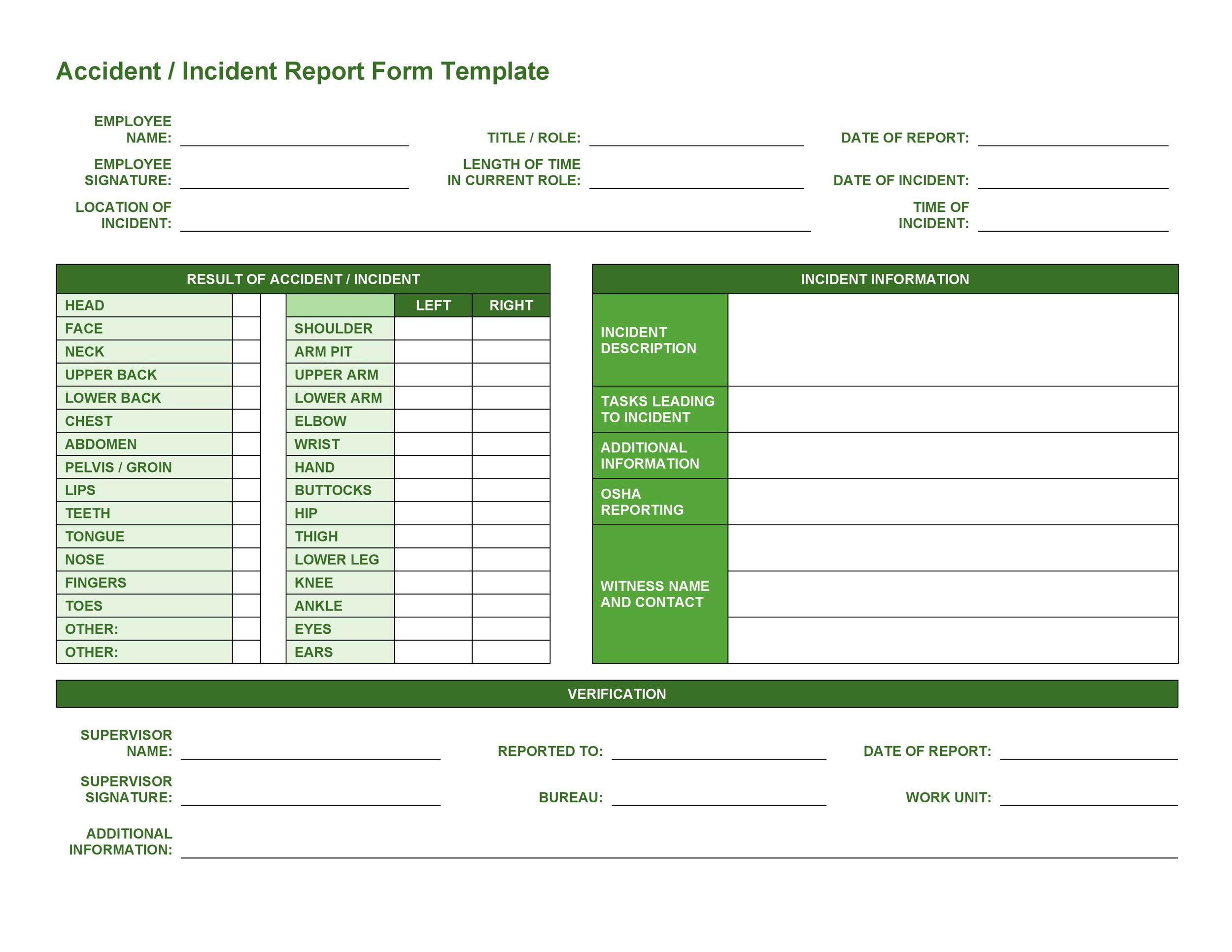 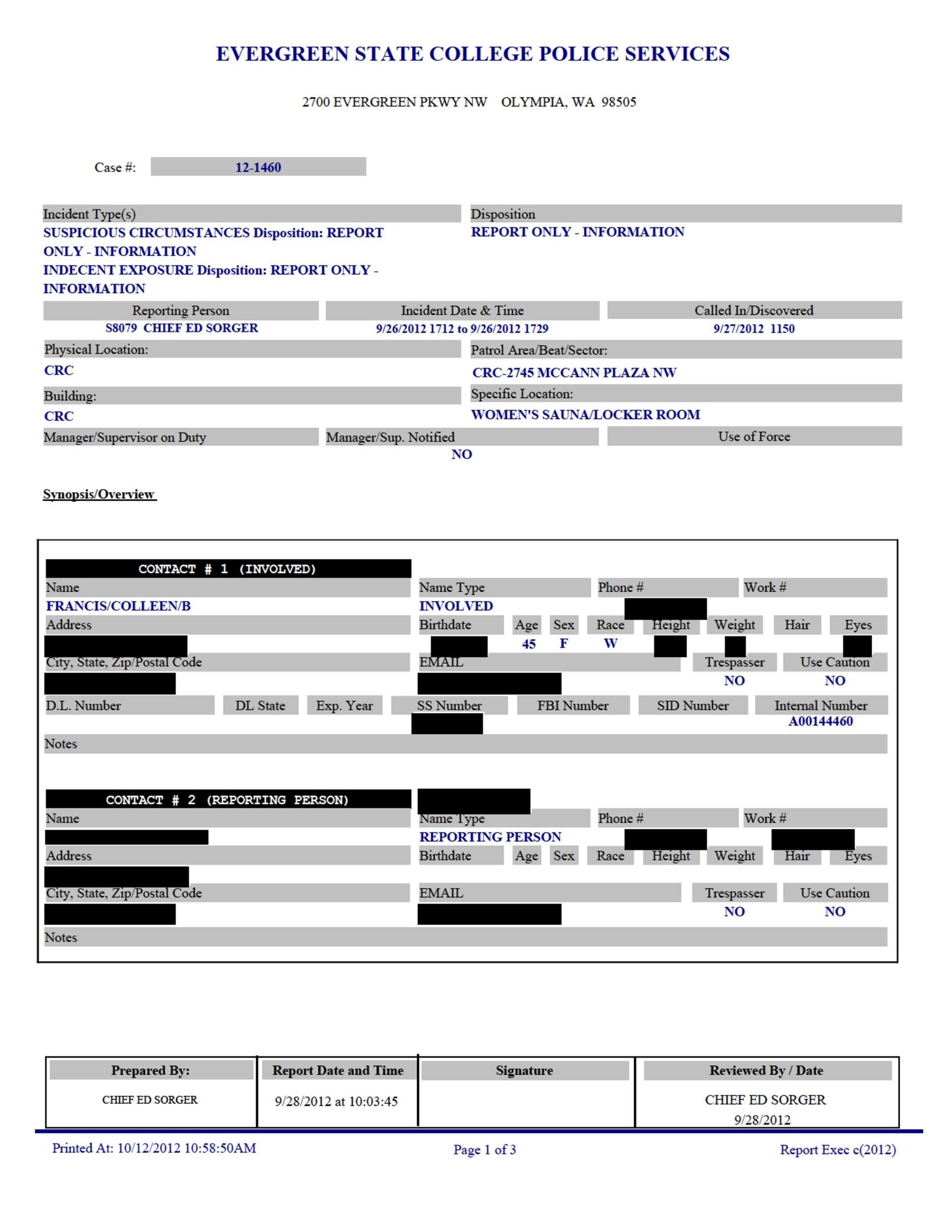 Steps and Tips in Making a Police Report

It’s very important to know how to write a well constructed, detailed and truthful police report template. A well-made report would give a thorough description of the events of an incident based on facts. So if you’re curious about how the police create their reports, it would be relevant to learn and be guided by how to actually make a report. 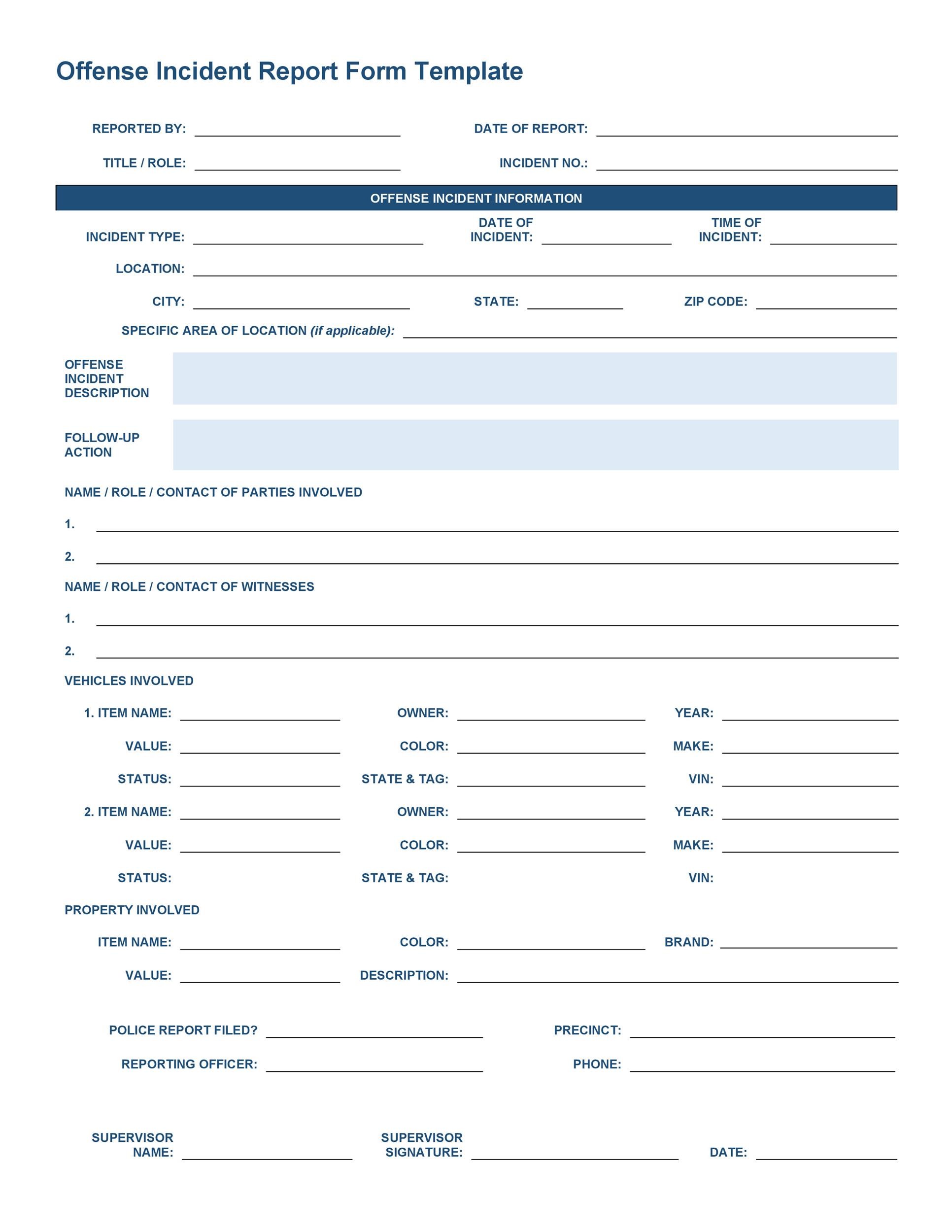 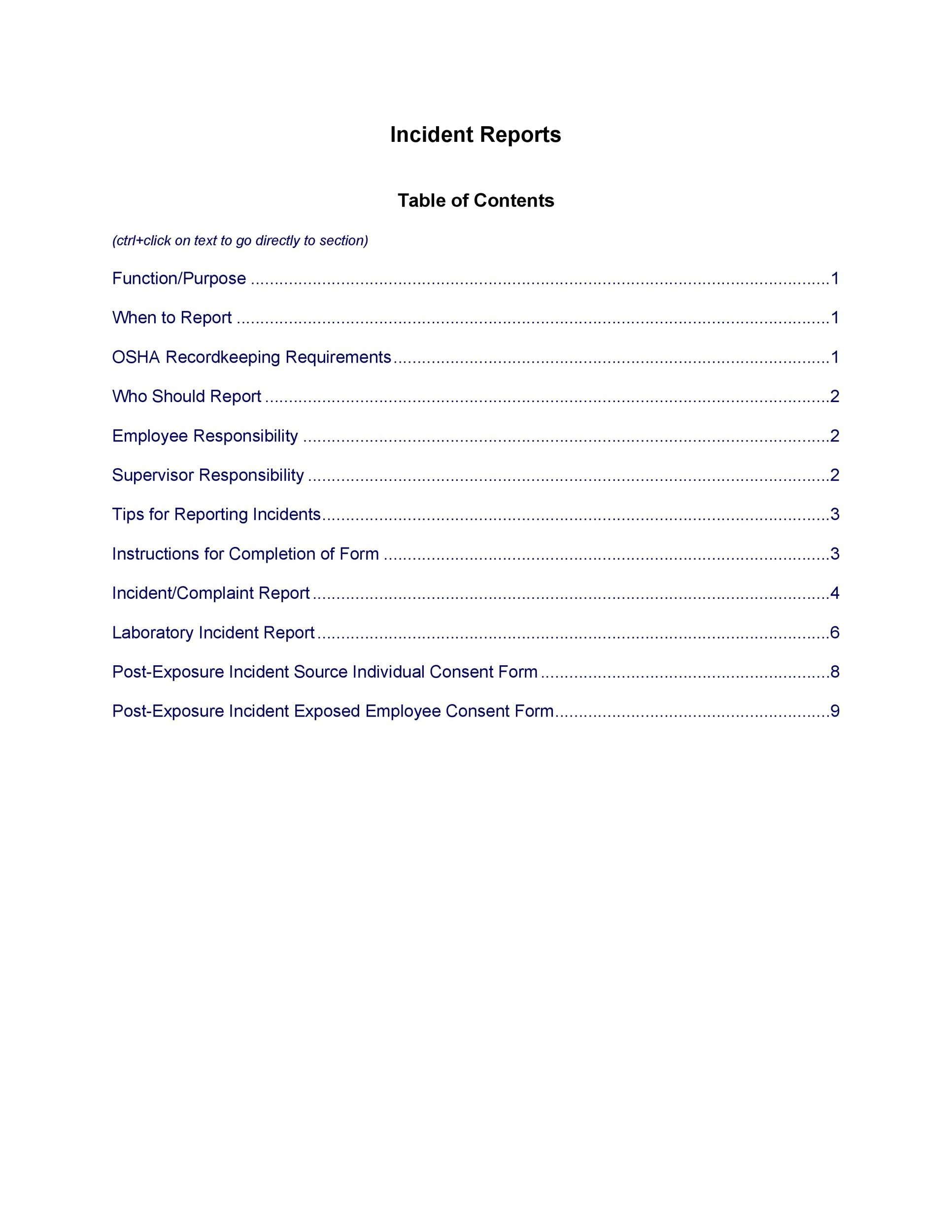 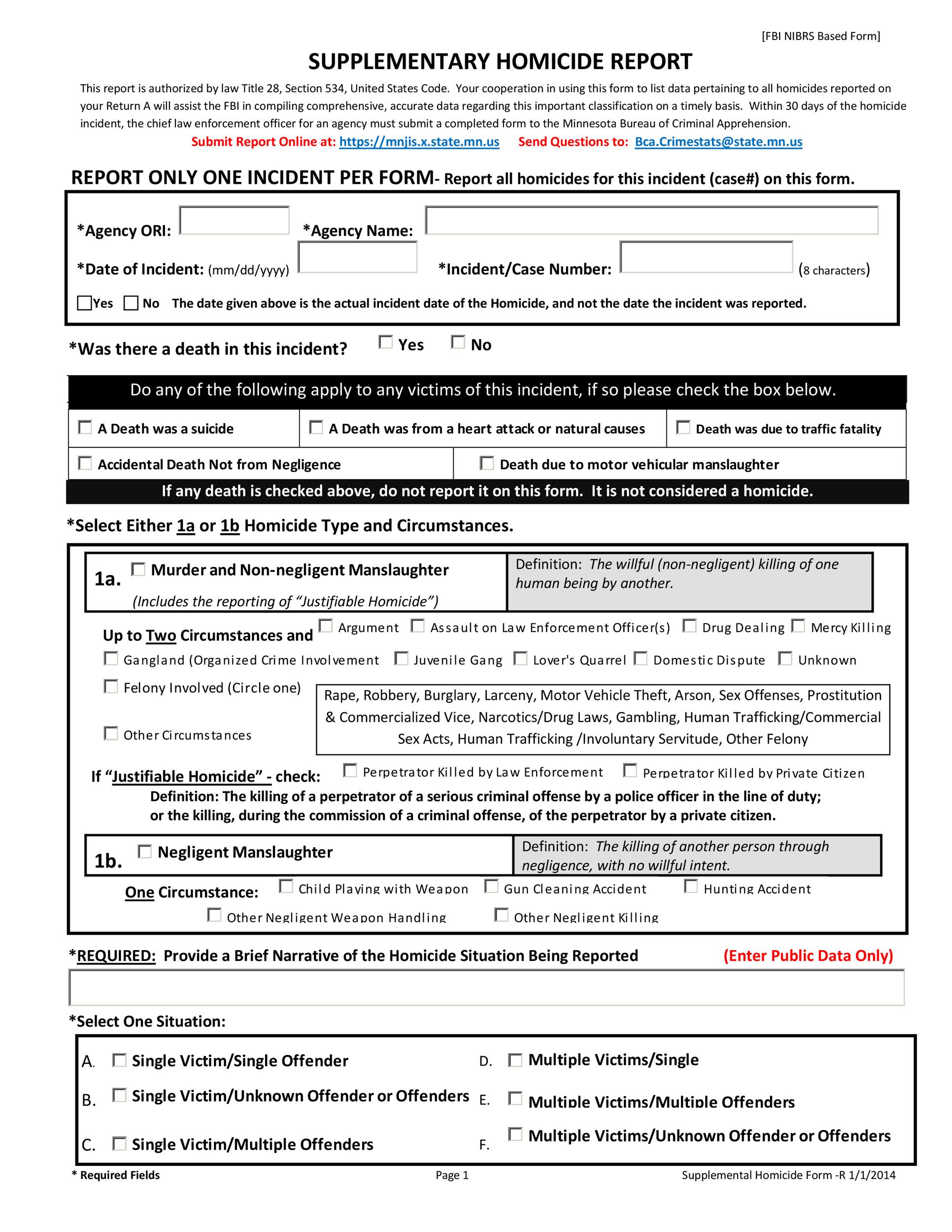 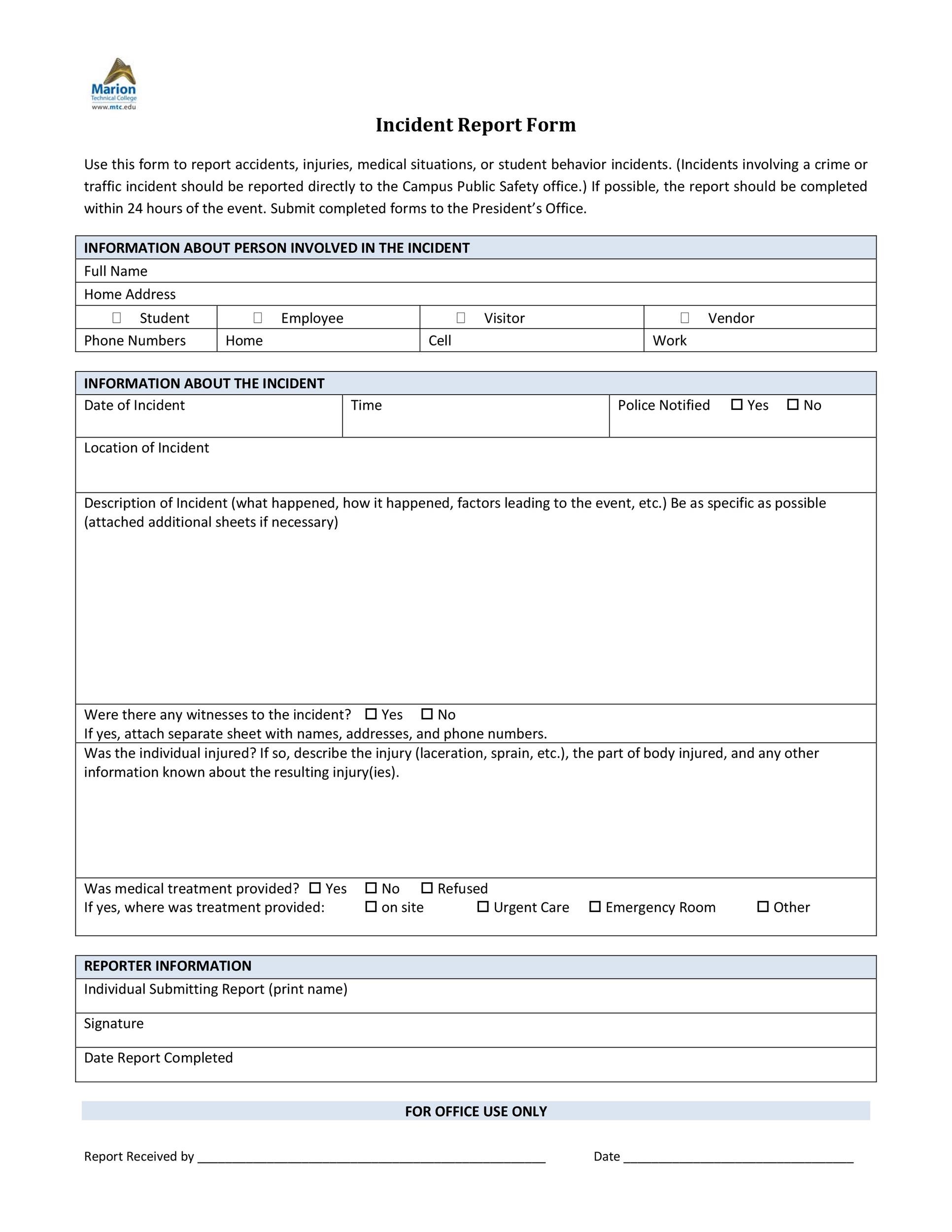 Ensuring that the police report is accurate 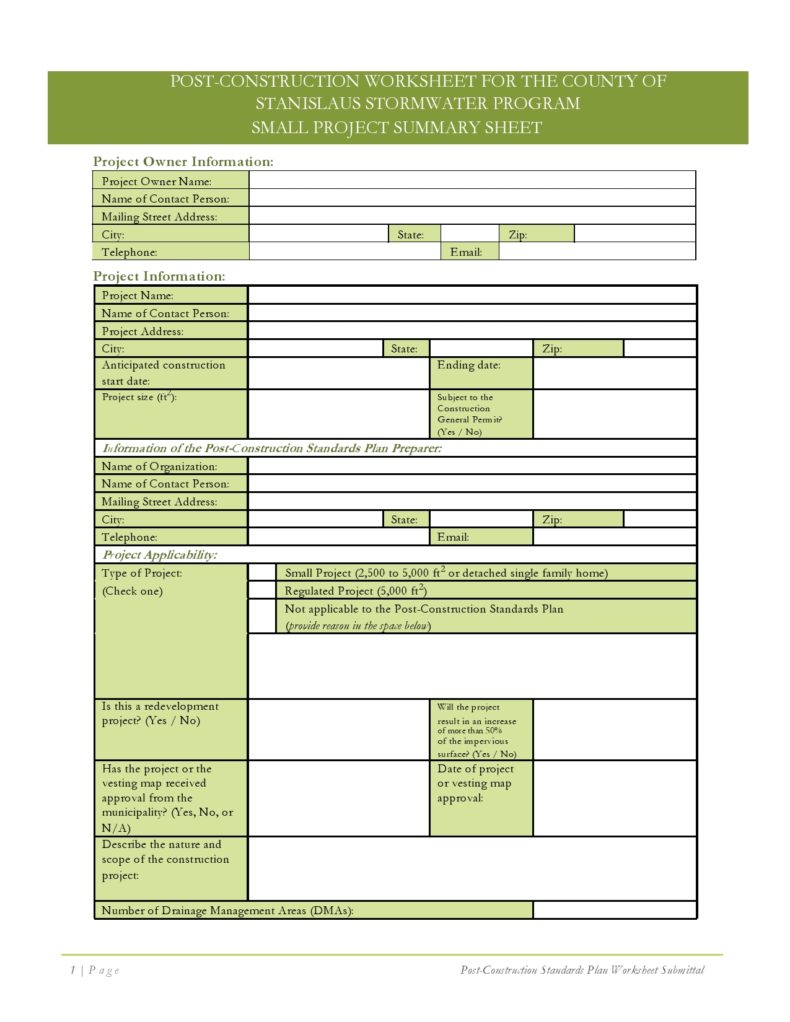 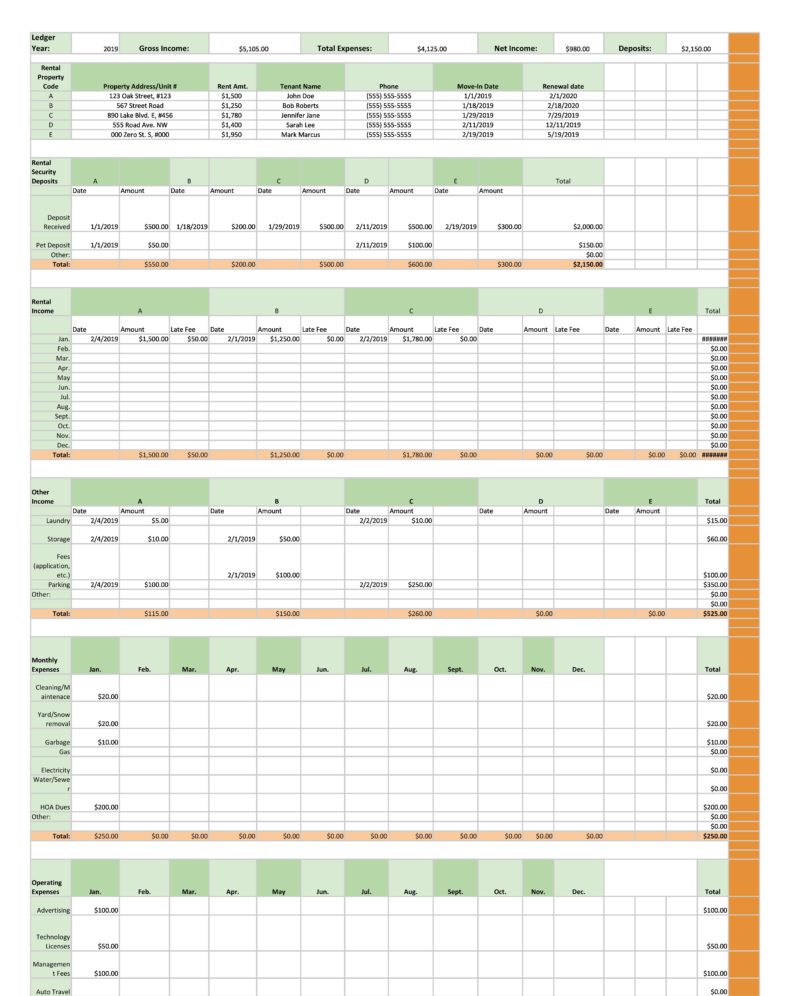 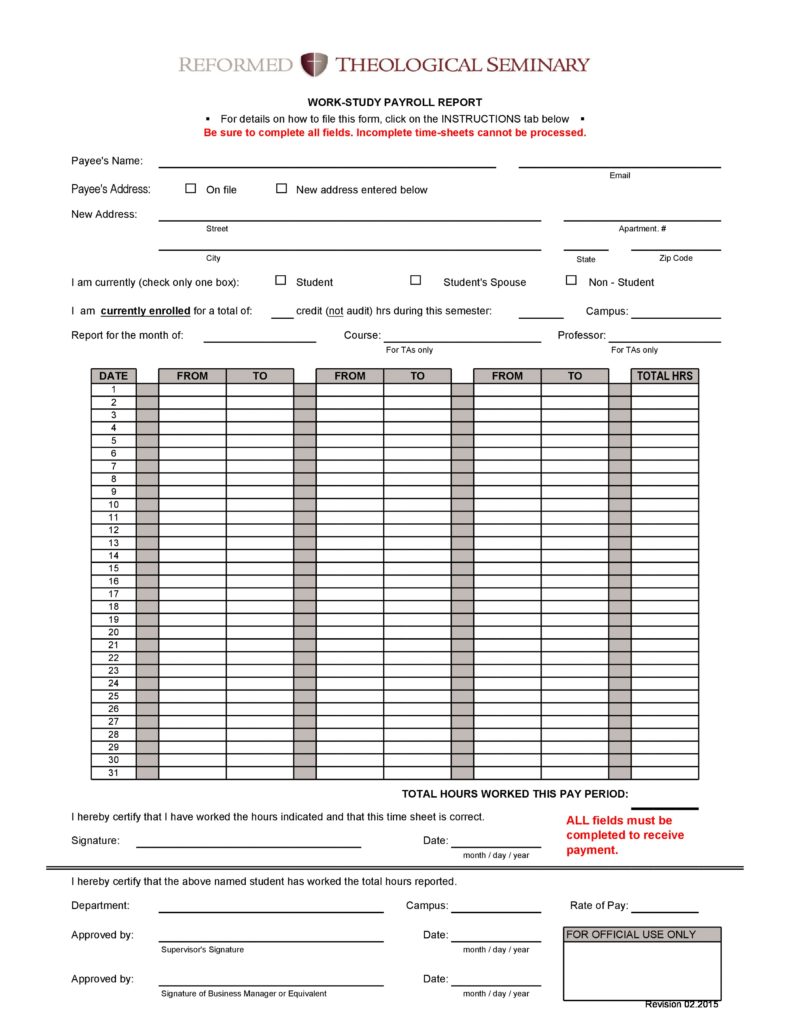 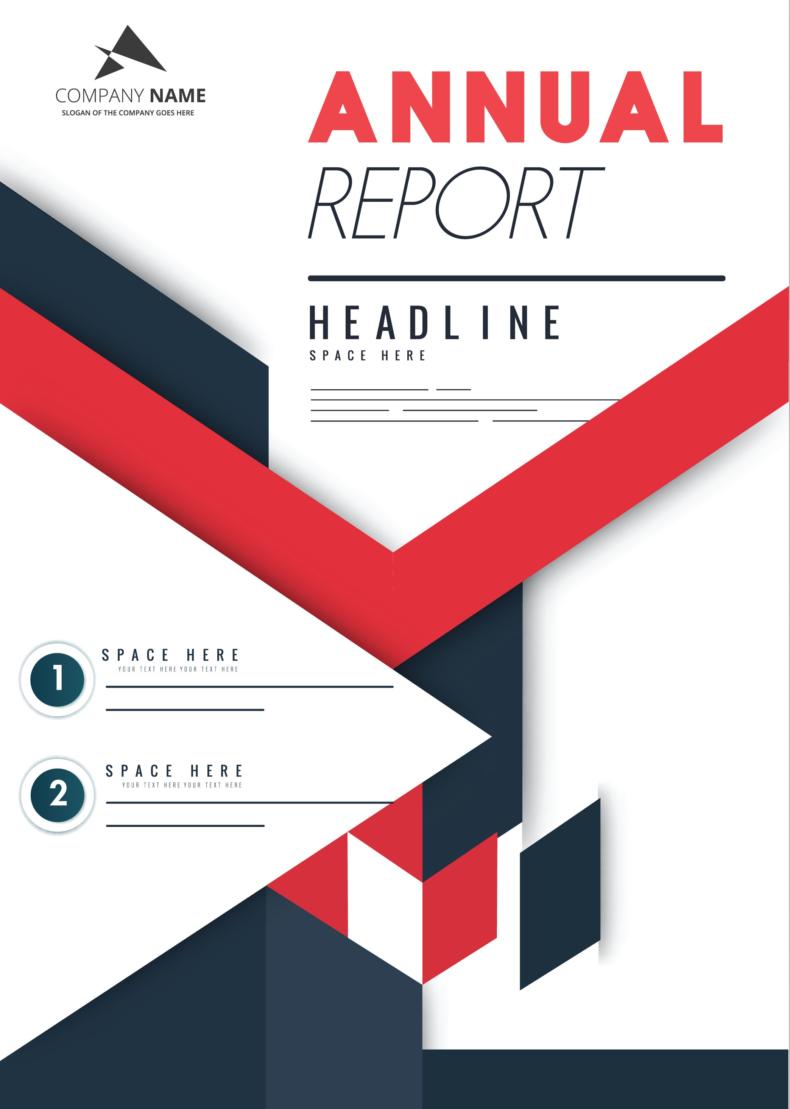 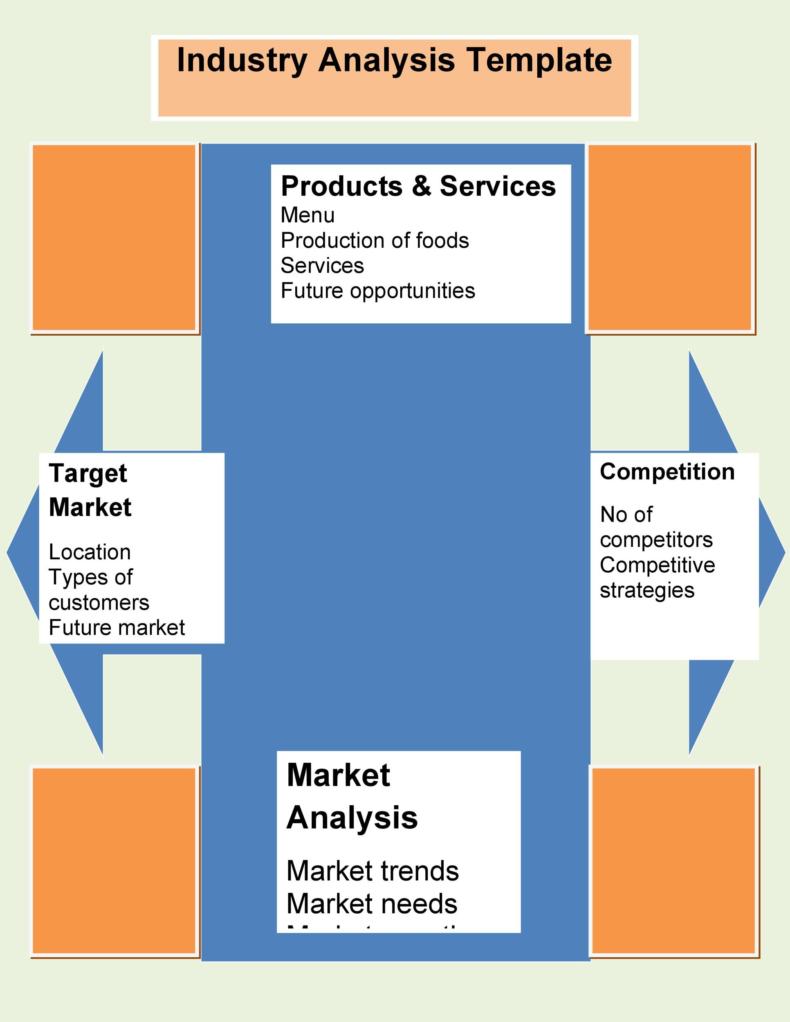 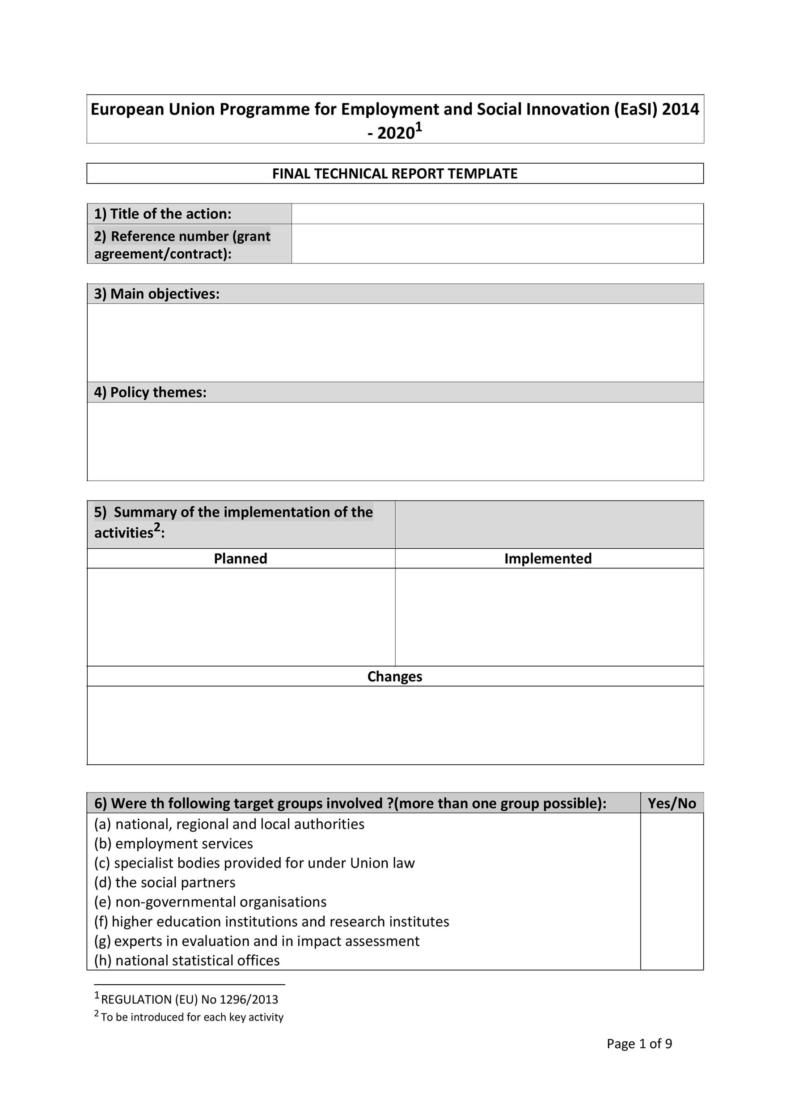